After the French subsidiary of the Merck group, the National Agency for the Safety of Medicines and Health Products is in turn indicted for "deception", in the case of the change in formula of Levothyrox, this drug designed against the problems of thyroid. 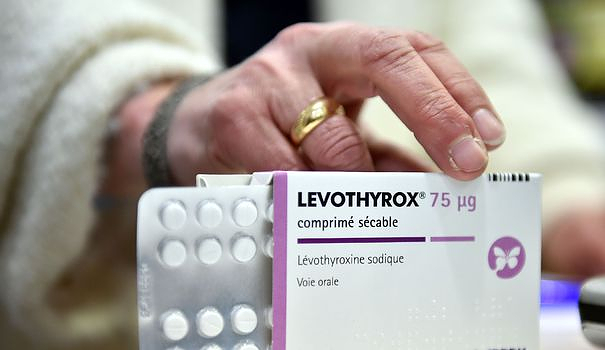 After the French subsidiary of the Merck group, the National Agency for the Safety of Medicines and Health Products is in turn indicted for "deception", in the case of the change in formula of Levothyrox, this drug designed against the problems of thyroid. Indeed, this indictment comes a month and a half after that of the French subsidiary of the German pharmaceutical laboratory Merck, manufacturer of this drug, for "aggravated deception".

At the heart of this case: the new composition of Levothyrox, which arrived in France at the end of March 2017 and uses the same active ingredient, levothyroxine, but with new excipients. However, patients have complained of many side effects: cramps, headaches, dizziness or hair loss. A criminal investigation was opened in Marseille in March 2018 to shed light, while this drug is used daily by 2.5 million patients in France, according to Merck.

"The ANSM has never denied the difficulties encountered by certain patients when switching to the new Levothyrox formula and is constantly and daily concerned with the safety and health of patients", assures the French agency, controlling the safety of drugs in a press release issued Monday evening. She "will make her full contribution to the manifestation of the truth but strongly contests the reproaches made against her, because no criminal offense has been committed", she believes.

The whole affair began in March 2017, when Merck marketed a new formula of Levothyrox. A few weeks later, several thousand patients, who until now tolerated the old formula, complained of adverse effects, including headaches, weight gain, hair loss and even digestive problems. In September 2017, the Minister of Health at the time, Agnès Buzyn, then reported nearly 9,000 complaints from patients on Levothyrox.

In 2018, the old formula of Levothyrox, renamed Euthyrox, is marketed for patients. While in June 2019, a study conducted by the National Medicines Agency (ANSM) on more than 2 million patients concluded that the switch to the new Levothyrox formula did not cause "serious health problems". At the time, the German laboratory denied any anomaly, while the Medicines Agency confirmed, "the good quality of the new formula".

Today, less than 100,000 patients are treated with the old formula, Euthyrox. In addition, some 2.5 million patients use the new Levothyrox formula daily, according to Merck. However, six other laboratories have developed formulas based on levothyroxine, now marketed, in order to diversify the offer. The discontinuation of the marketing of the old formula of Levothyrox (Euthyrox), initially announced for September 2020, should end in 2022.