Less and less antibiotics in farms, not in pets

Since 2011, the starting point of the first "Ecoantibio" plan, exposure to antibiotics has decreased by 67. 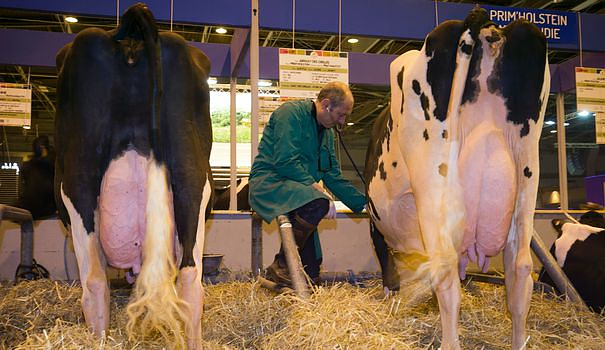 In pig farming, for example, the French leader Cooperl claims to have limited the use of antibiotics by eliminating castration, synonymous with wounds likely to become infected. He also selects "robust animals" which evolve in buildings "as clean as possible". In the event of a glitch, "alternative treatments" (antioxidants, thinners, analgesics) are administered as a priority.

The authorities encourage reducing the use of antibiotics in humans and animals to avoid the development of bacteria resistant to treatment (antibiotic resistance).

In rabbits - the species most exposed to antibiotics - the 12.7% drop over one year follows several years of increase. To treat these animals, which are particularly prone to digestive pathologies, antibiotics were regularly administered preventively, a practice prohibited since the beginning of 2022 at European level.

"Plans to control the consumption of antibiotics have been put in place by breeders. Given the decline that we have observed (in 2021), we can think that this practice is rather on the way out" in the rabbit industry , said Gilles Salvat, Deputy Director General of the Research Division of ANSES, during a presentation to the press.

The Rabbit Interprofession (Clipp) maintains that the regulations are "strictly observed by breeders". “Under no circumstances is the prescription and delivery of antibiotics possible without the establishment of a diagnosis by a veterinarian”, she assured this week in a press release, after the broadcast on France 5 of a report reporting routine use cases.

Unlike livestock, exposure to antibiotics in cats, dogs and horses has increased.

A "better medicalization" can explain this increase, advances the director of the National Agency for Veterinary Medicine, Franck Fourès. That is, pet owners are more willing to take them to the vet. It is "rather a good thing to have animals properly treated", notes Mr. Fourès.

As for horses, their exposure to antibiotics has increased by 17.7% in one year, potentially due to the "aging of the horse population", notes Franck Fourès.

A reason for vigilance for ANSES: "These are not animals that we consume" - or at the margin for horses - "but to which we are exposed daily. (...) It is something that should not be overlooked", says Gilles Salvat.

According to this document, "the reductions in the use of antibiotics in veterinary medicine have been so considerable that the margins of progress still possible in the future are now reduced in this sector".

In breeding, practices will have to evolve in order to hope to further reduce the consumption of antibiotics "in the next ten years", estimates Gilles Salvat.

The ANSES specialist cites the choice of animals "a little more robust, slower growing", which are less tight with their congeners or even have access to the outdoors.