Leipzig celebrates first win of the season, but loses its captain 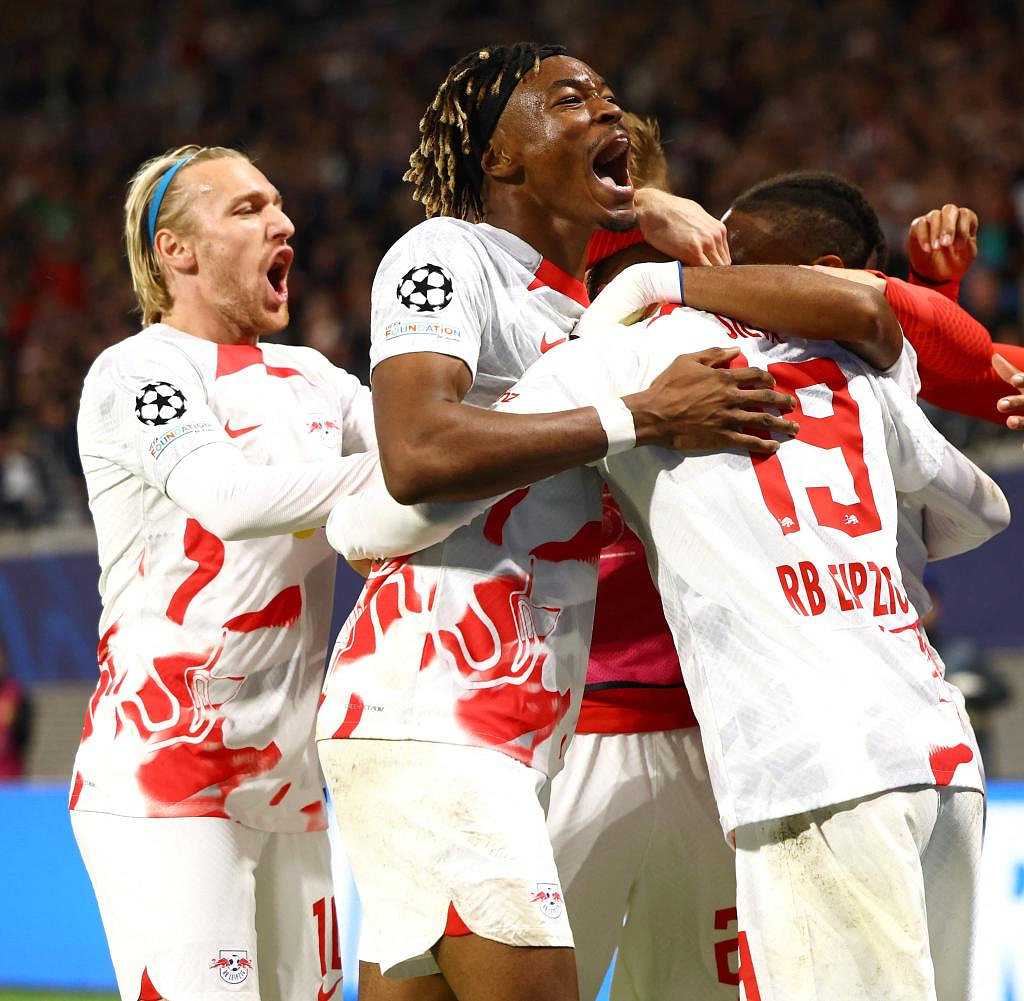 Timo Werner remained pale during a lightning visit from national coach Hansi Flick, but his fellow strikers ensured RB Leipzig's first victory in the Champions League. Christopher Nkunku (27th minute) and André Silva (64th/77th) scored the goals in the 3-1 (1-0) win against Celtic Glasgow, giving the Saxons great hopes of reaching the round of 16 again. Jota (47th) scored for the Scottish champions to equalize in the meantime. If Leipzig also manages to win in Glasgow in the second leg next Tuesday, the cup winners can advance on their own.

The victory had a bitter aftertaste, however, as Leipzig's captain Peter Gulacsi may have injured his knee badly. After just ten minutes, the goalkeeper's exit shocked Leipzig. After a sloppy back pass from Werner, the Hungarian international had to save in dire need, but got stuck in the grass. The 32-year-old immediately grabbed his right knee with a pained face, the coaches immediately suggested a substitution, Janis Blaswich made his first appearance in the Champions League at the age of 31.

The team quickly digested the captain's exit, Nkunku (18') lobbed the lead after a counterattack - but the video evidence showed the Frenchman with a toe offside. Then the Scots, who combined quickly and directly, got better and had two great opportunities to take the lead within two minutes through goalscorer Kyogo Furuhashi (24/26). Practically in return, André Silva sent Nkunku with a wonderful pass down the left side, who allegedly had a clear 24-year-old with Chelsea about a change, or curved around Celtic goalkeeper Joe Hart and scored the lead.

After a mistake in Leipzig's play structure, Furuhashi appeared in the penalty area, crossed Jota, who pushed the ball into the empty goal. From then on, there was a party atmosphere in the guest block, which was filled with 3,000 fans. Leipzig didn't deliver a quick mood killer, only Dominik Szoboszlai's post hit (58th) startled the Scots. Just three minutes later, the Hungarian international did a much better job, scoring with a fine flick from the edge of the box. However, Silva was offside and took Hart's view - no goal.

Shortly thereafter, however, Hart made a major bad pass. Szoboszlai picked up the ball, pushed it to Silva and the Portuguese scored to take the lead again. Leipzig now pushed for the preliminary decision, Silva (67th) narrowly missed out on Hart. For the hapless Werner, the working day was over shortly afterwards. Emil Forsberg came on for the striker after 71 minutes. Werner remains in the Leipzig jersey in the Champions League without a home goal.

Silva's statistics are significantly better. The 26-year-old completed an outstanding combination via Nkunku and Mohamed Simakan with his second goal. The Glasgow block was now silent.

‹ ›
Keywords:
RBLeipzigCeltic GlasgowChampions League RB LeipzigChampions LeagueLeipzig CelticMusik
Your comment has been forwarded to the administrator for approval.×
Warning! Will constitute a criminal offense, illegal, threatening, offensive, insulting and swearing, derogatory, defamatory, vulgar, pornographic, indecent, personality rights, damaging or similar nature in the nature of all kinds of financial content, legal, criminal and administrative responsibility for the content of the sender member / members are belong.
Related News