Left alliance is just ahead in parliamentary elections in Sweden

According to initial forecasts, Prime Minister Magdalena Andersson's Social Democrats clearly came out on top in the parliamentary elections in Sweden. 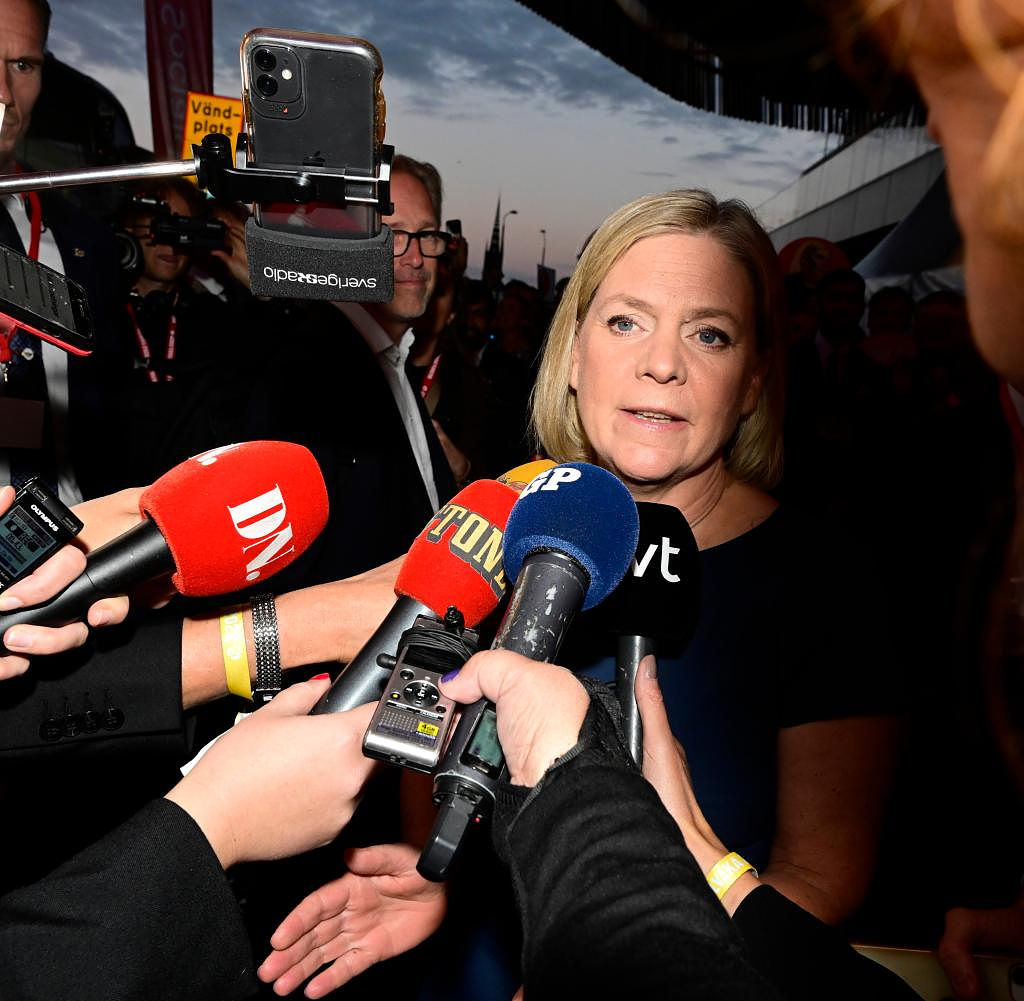 According to initial forecasts, Prime Minister Magdalena Andersson's Social Democrats clearly came out on top in the parliamentary elections in Sweden.

The party received about 29.3 percent of the vote, according to the Swedish broadcaster SVT on Sunday. The right-wing populist Sweden Democrats came to around 20.5 percent - they are on the way to a record result and will probably be the second strongest political force in the Reichstag in Stockholm for the first time.

According to the information, Ulf Kristersson's moderates were 18.8 percent. That would be her worst result since 2002.

It was initially unclear which political camp would end up with the majority of seats on its side – Andersson's side, at 49.8 percent, was just ahead of Kristersson's conservative-right bloc, including the Sweden Democrats, at 49.2 percent. The broadcaster TV4 saw Andersson's camp a little more clearly ahead.

Polls had seen the two camps almost level even before election day. In the parliamentary election four years ago, the first forecasts sometimes deviated by several percentage points from the final election result - the moderates were able to overtake the Sweden Democrats in the end.

Partial results that the electoral authority wanted to publish gradually on the evening of the election could provide more clarity. Regardless of the outcome of the vote, the Scandinavian EU country is likely to face a lengthy government formation, as it did after the 2018 election, as the parties within the blocs also disagree on several issues.

The Swedish parliament in Stockholm has 349 seats. 175 mandates are therefore necessary for a majority. So far, Andersson and her purely social-democratic minority government have had to rely on the support of the liberal Center Party, the Left and the Greens to achieve precisely this extremely tight number. The conservative-right bloc, led by moderate leader Kristersson, has so far held the remaining 174 seats.

Andersson, whose party is traditionally the strongest force in Sweden, was only elected Prime Minister of Sweden in November 2021, succeeding her party colleague Stefan Löfven and becoming the first woman ever.

Under her, the country applied for NATO membership in mid-May as part of the Russian war of aggression against Ukraine. In the election campaign, however, the sharp rise in energy prices and the rampant gang crime in Sweden were the most important issues.

The focus on fighting criminals apparently played into the hands of the right-wing in particular. Andersson made it clear again on election day that she was ready to work with all parties except the Sweden Democrats. She was very disappointed that other parties had decided differently in this regard.

The moderates and their partners have recently approached the right-wing populists openly for the first time. Andersson predicted that no party would have its own majority after this election. However, your Social Democrats have shown that they are able to work together even in complicated parliamentary situations.

Climate activist Greta Thunberg also warned against populist tones. She criticized at the weekend that a young activist had been publicly ridiculed by a moderate politician in the course of a television debate between Andersson and Kristersson.

"A society where political parties systematically mock and hate children who simply point to research is a sick society," Thunberg wrote on Twitter on Sunday. “Anti-democratic and populist winds are blowing strong. We have to stand up to that," she said.

‹ ›
Keywords:
NewsteamSchwedenWahlenMagdalena AnderssonReichstagPolitikStockholm
Your comment has been forwarded to the administrator for approval.×
Warning! Will constitute a criminal offense, illegal, threatening, offensive, insulting and swearing, derogatory, defamatory, vulgar, pornographic, indecent, personality rights, damaging or similar nature in the nature of all kinds of financial content, legal, criminal and administrative responsibility for the content of the sender member / members are belong.
Related News