Lebanon and Israel sign the agreement delimiting their maritime border

Israeli Prime Minister Yair Lapid claimed that the agreement constituted de facto "recognition" of the Jewish state by Beirut, but Lebanese President Michel Aoun, an ally of pro-Iranian Hezbollah, retorted that he had no " political dimension". 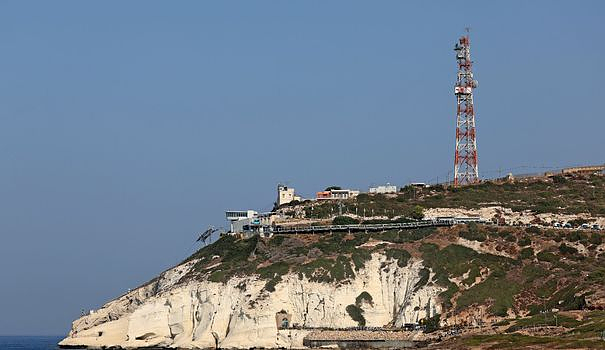 Israeli Prime Minister Yair Lapid claimed that the agreement constituted de facto "recognition" of the Jewish state by Beirut, but Lebanese President Michel Aoun, an ally of pro-Iranian Hezbollah, retorted that he had no " political dimension".

US President Joe Biden welcomed Wednesday the imminent signing of this "historic" agreement, stressing that "it took a lot of courage to commit to it and do it".

The ceremony is to be held at 12:00 GMT at the headquarters of the United Nations Interim Force in Lebanon (UNIFIL), in the Lebanese border town of Naqoura, in the presence of American mediator Amos Hochstein and UN special coordinator in Lebanon Joanna Wronecka.

Israeli Prime Minister Yair Lapid and the Lebanese President each signed the agreement on Thursday, before an exchange of letters that will mark its formal conclusion.

"This is a political achievement, it is not every day that an enemy state recognizes the State of Israel in a written agreement in front of the entire international community," he said. Mr Lapid.

In a tweet, President Aoun replied that it was a purely "technical" agreement, without any "political dimension", nor "consequences that contradict Lebanon's foreign policy".

Beirut insisted that its delegation have no official contact with that of the Jewish state, requiring that the ceremony be held in two separate rooms.

The media do not have access to the building, around which blue helmets and the Lebanese army were deployed, while UNIFIL helicopters flew over the area, according to an AFP photographer.

For Lebanon, mired in a deep economic crisis, this agreement comes a few days before the end of President Aoun's mandate, without a successor being found for him.

It also comes shortly before the November 1 legislative elections in Israel, for which Mr. Lapid is campaigning.

The Lebanese delegation "will not meet the Israeli delegation in any way", underlined the spokesman of the Lebanese presidency Rafic Chelala.

The agreement, which will allow the two countries to exploit gas fields in the eastern Mediterranean, was reached thanks to years of American mediation.

According to the Israeli authorities, this gas will make it possible to reduce the cost of the country's energy but also to boost exports to Europe, which is seeking to diversify its supplies due to the invasion of Ukraine by Russia.

Under the agreement, the offshore Karish field lies entirely within Israeli waters.

Lebanon for its part will have all the exploration and exploitation rights of the Cana field, located further to the northeast, part of which is located in the territorial waters of Israel. But "Israel will be remunerated" by the firm operating Cana "for its rights to any deposits", according to the text.

Amos Hochstein told the press that the agreement would "create hope and economic opportunity" and establish "stability" for both parties.

He said he was convinced that the agreement could constitute "an economic turning point" for Lebanon and open "a new era of investments" which could revive the economy.

The mediator, who met President Aoun on Wednesday, also held talks with Prime Minister Najib Mikati and the Speaker of Parliament, Nabih Berri, before traveling to Naqoura and then to Israel.

Without even waiting for the signature, the energy group Energean launched natural gas production on the Karish field on Wednesday, after receiving the green light from the Israeli government.

Lebanon, for its part, asked TotalEnergies to quickly begin prospecting work in the Cana field.

The agreement could not have been signed without the consent of the powerful Hezbollah in Lebanon, which had threatened over the summer to attack Israel if it began extracting gas from the Karish field before the conclusion of the agreement. 'a deal.

The leader of the pro-Iranian party is due to deliver a speech an hour after the deal is struck.