Due to leaks last spring, the Junta de Andalucia contracted emergency work to repair the roof of Poniente University hospital in El Ejido in Almeria. 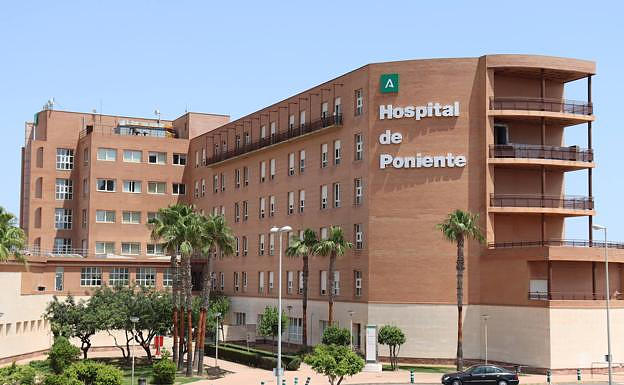 Due to leaks last spring, the Junta de Andalucia contracted emergency work to repair the roof of Poniente University hospital in El Ejido in Almeria.

Technical architect also reported on the "recales" and "leaks" of roofs that caused material damage, as well as the assistance required to provide patient service. In a May 16 report, the medical and nursing staff of the hospital exposed the situation. They warned that spring rains had forced one of the delivery rooms to close.

Europa Press reports that this situation caused "great difficulties in using the other four delivery rooms" and forced the adoption "exceptional" measures with "extraordinary shifts by the cleaning staff, use the hospitalization floor for delivery and even forecasting the referral of patients to Torrecardenas University Hospital's Maternal and Child Hospital.

Rainy day surgery activity was also affected by leaks, which forced four rehabilitation posts to close and the suspension of scheduled interventions. In the ICU, they caused the "blocking" a box that has remained unused since then.

The Health delegation maintained that the care activity had not been affected and that no deliveries should be referred to Maternal Children.

Europa Press consulted the agreement and Manuel Vida, the Torrecardenas University Hospital managing director, signed it Monday. The Copsa company will execute the works within a 90-day period, compared to the longer terms offered by the other four companies.

The works were already contracted to another company at the end last year, but it wasn't until April that it became apparent that they hadn't started. This despite the fact the first rains having been recorded, which led to leaks. It was therefore decided to terminate the contract for breach with the commercial entity. The new agreement and the assumption of an "immediate start" of the work by the company could have stopped the leaks in October.

These reports are part of the file. They show the "enormous severity" and "serious threat to the building's habitability" of maintaining the roof under current conditions. This is due to the "high probability of leaks and humidity" within the ICUs, operating rooms, and delivery rooms. It is recommended to perform emergency repairs that "completely reduce" the risk of leaks.

‹ ›
Keywords:
ArrancanObrasEmergenciaSolucionarGoterasHospitalUniversitarioPoniente
Your comment has been forwarded to the administrator for approval.×
Warning! Will constitute a criminal offense, illegal, threatening, offensive, insulting and swearing, derogatory, defamatory, vulgar, pornographic, indecent, personality rights, damaging or similar nature in the nature of all kinds of financial content, legal, criminal and administrative responsibility for the content of the sender member / members are belong.
Related News