Law on renewable energies: how does France intend to catch up?

A poor European student in the production of energy from renewable sources, France intends to correct the situation. 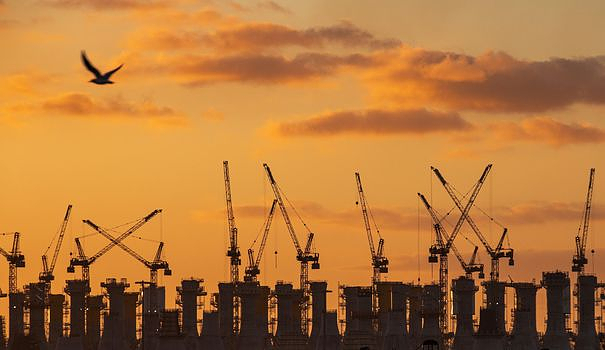 A poor European student in the production of energy from renewable sources, France intends to correct the situation. This Monday, September 26, the government presented a bill aimed at increasing the production of electricity from solar and wind power. Today, only a quarter of national production is done by these means. In question, the preponderance of nuclear energy. Far from wanting to do without the latter, the government intends to take advantage of the strong demand for electricity - transport being in the medium term destined to run on electricity - to reconcile the two.

Solar energy occupies an important place in the project, with the preferred installation of photovoltaic power plants on wasteland and outdoor car parks of more than 2,500 m², if conditions permit. The installation of solar parks on agricultural land, called agrivoltaism, is also intended to develop. Regarding wind power, the sea is seen as an environment conducive to its development. The bill intends in particular to pool environmental and societal procedures so that the locations of marine parks can be decided as quickly as possible. Of the 50 projects that France intends to deploy by 2050, only seven have, to date, made any real progress. As for wind power on land, often decried, the President of the Republic felt that it was necessary to spread it more over the national territory. The development of this energy also goes through the sharing of a circular, which asks the prefects to speed up the processing of files. To date, according to France Energie éolienne, 120 complete applications are awaiting validation.

In order to have what is presented as "a cultural revolution" accepted, the government intends to share, with local residents, the income from the infrastructure installed near their homes. The ministry evokes a check of 200 euros per year for any household heated with electricity within a radius of five kilometers around the wind turbine. As for the political blockage from which the project could suffer in the National Assembly, the government specifies that the text focuses on solar and offshore wind, much more consensual than land, reviled by the far right and part of the right.