The municipality's Youth Department organized the "Spring Festival" which attracted hundreds of young people aged 14 to 25. 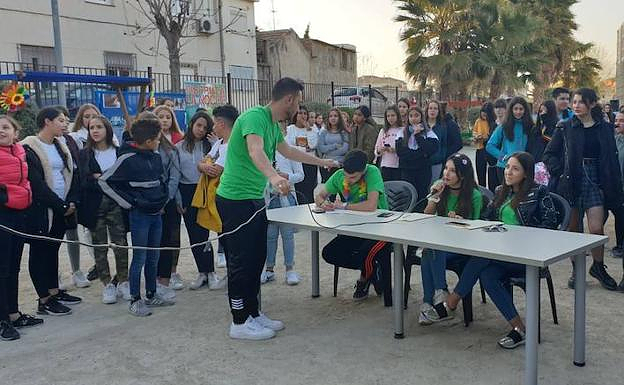 The municipality's Youth Department organized the "Spring Festival" which attracted hundreds of young people aged 14 to 25. This municipal initiative was created to show that young people can have fun and not drink alcohol. This celebration was organized by the Las Gabias City Council's Youth Area in partnership with the Serendipia Association and Aheri Youth Association.

This weekend's event was held at Espacio JovenEl Silo. It featured a variety of activities, including board games, mats and acrobatics. There were also talent shows and other events that were aimed at young people. Popular activities included the election of Miss Primavera and a Zumba/Salsa master class.

A neon makeup workshop was the center of activity, where young people could paint their bodies and clothes to glow in dark. Victor Puentedura (the councilor in charge of the initiative) explained that only soft drinks and non-alcoholic cocktails, such as mojitos, were allowed at the party, the event's ingredients being "music and good company".

Puentedura highlighted the fact that the City Council took a stand to prevent drug addiction and promote healthy sexuality at this party. The mayor thanked young people for their "immensive acceptance" of the festival for another year. It was a night of healthy fun for all ages and was a great evening.

‹ ›
Keywords:
JovenesGabiasCelebranParticularFiestaPrimaveraAlcohol
Your comment has been forwarded to the administrator for approval.×
Warning! Will constitute a criminal offense, illegal, threatening, offensive, insulting and swearing, derogatory, defamatory, vulgar, pornographic, indecent, personality rights, damaging or similar nature in the nature of all kinds of financial content, legal, criminal and administrative responsibility for the content of the sender member / members are belong.
Related News