Between March and June, the I AIPSC Granada Cup takes place at different locations throughout the province. 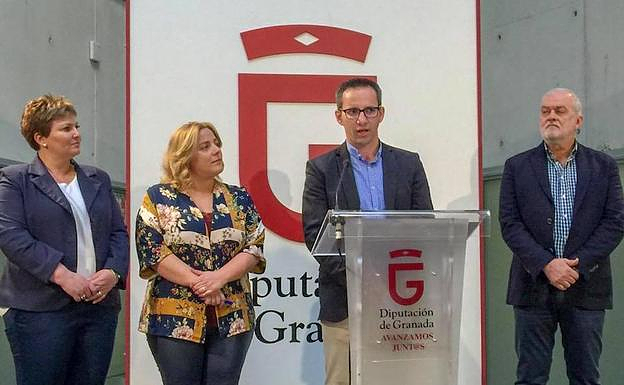 Between March and June, the I AIPSC Granada Cup takes place at different locations throughout the province. The tournament involves shooting with Airsoft weapons. In this competition, speed, power, and precision are all evaluated. The competition is broken into multiple exercises. "The objective of fencers is to solve them in as little time as possible and with the highest score," the organization explained during the presentation at the headquarters of Granada Provincial Council.

Purificacion Lopez, the Deputy for Sport, was present. Julio Gallegos, the Territorial Delegate of Andalusian Federation of Olympic Shooting, (FATO), was also present. Pedro Sanchez-Morate, the secretary of Team Hobby, and Ana Belen Garrido, the mayor of Iznalloz were also present. This pioneering activity was organized by Team Hobby and IPSC Granada Club. The organizers would like to thank the FATO and Diputacion for their support, along with the trust shown by our sponsors. The tests will be held in Las Gabias on March 3, La Zubia on April 14, and Iznalloz on May 12, with the final stop in Armilla on Juni 30.

The operation of this shooting sport modality has been criticized. AIPSC targets are at "different distances" and made of two materials, metal and paper, with each score being different. Every exercise is different and there are no repeats of the same test. You don't need a gun license when using gas or air pistols. Therefore, it is possible to start practicing early with parental permission.

Purificacion Lopez stated that it is a "well-known sport modality outside of our borders" and that the institutional support provided by the municipalities and local authorities in Spain is helping to make it more widely known. Sanchez-Morate, Team Hobby secretary, pointed out that this modality has the advantage that it can be practiced anywhere without having to go to a shooting range.

‹ ›
Keywords:
GabiasArmillaPartePrimeraCopaTiroProvincia
Your comment has been forwarded to the administrator for approval.×
Warning! Will constitute a criminal offense, illegal, threatening, offensive, insulting and swearing, derogatory, defamatory, vulgar, pornographic, indecent, personality rights, damaging or similar nature in the nature of all kinds of financial content, legal, criminal and administrative responsibility for the content of the sender member / members are belong.
Related News