From April 25-28, Las Gabias will be home to the 1st Cinespejo Festival. 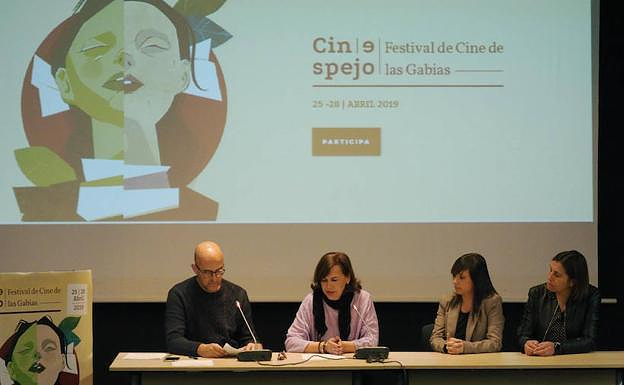 From April 25-28, Las Gabias will be home to the 1st Cinespejo Festival. The event will include a short poetic film contest that must not exceed 15 minutes and an express short movie contest in which participants must record and edit a complete film within 48 hours. The film production will be held in two days and has already been enjoyed in other parts the province.

The organization claims that the meeting "aspires to be one of the most significant short film festivals in the Province, as well as a benchmark to lovers of poetry and cinema." In the case of short poetic films, the term for presenting the works will remain open until April 1. The deadline to register for the 48-hour short film making competition is April 15th.

According to the organization, there have been more than 50 short films and directors from Spain so far. Cash prizes will be awarded to the best short films from both categories.

The Cinespejo Festival was presented at the Palace of the Counts of Gabia. It was attended by Carmen Tortosa, its director; Jose Luis Gartner, the person responsible for protocol; Vanessa Polo Gil, the mayor of Las Gabias; and Ma Jose Perez Jimenez, the Councilor for Culture. The Granada Provincial Council supports the festival, which is sponsored by Las Gabias City Council.

The organization says that the Las Gabias Film Festival will take place in the theater of 21st Century Cultural Center. It will feature master classes and workshops, as well as free registration for professionals and filmmakers. Manuel Menchon, the director and screenwriter for 'La isla d' viento' will host a workshop on script writing. Master classes will be given by Fermin Muguruza (film director) and Susi Alvarado (poet and filmmaker).

According to the Councilor for Culture, "the three guests will make up the festival jury." Pedro Enriquez (poet and narrator of Granada) and Carmen Rivero (photographer and member of the Flecos jury at Cines del Sur, as well as other Cuban film festivals, will join them. The organization offers a website for registration and consultation to all those who are interested in participating in the festival.

‹ ›
Keywords:
GabiasOrganizaraPrimerFestivalCineDedicadoCortometrajes
Your comment has been forwarded to the administrator for approval.×
Warning! Will constitute a criminal offense, illegal, threatening, offensive, insulting and swearing, derogatory, defamatory, vulgar, pornographic, indecent, personality rights, damaging or similar nature in the nature of all kinds of financial content, legal, criminal and administrative responsibility for the content of the sender member / members are belong.
Related News