Las Gabias managed to bring together more than 2000 people to take part in the II March of Solidarity with Agora on Sunday, March 17. 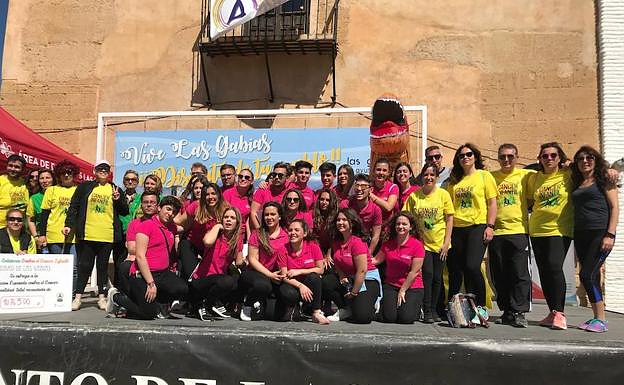 Las Gabias managed to bring together more than 2000 people to take part in the II March of Solidarity with Agora on Sunday, March 17. The Agora Youth Association and Las Gabias City Council organized this activity that exceeded all expectations. They managed to raise over 12,000 euros which will be donated entirely to the Spanish Association Against Cancer. This money will be used to fight child cancer.

The solidarity event started at the Plaza de Espana, Gabia Grande at 11 AM. Participants have walked approximately 5 km through the streets of the central part of the municipality. The City Council invited participants to a paella lunch so that all proceeds go to the Spanish Association against Cancer.

Vanessa Polo, the mayor of Las Gabias has expressed her gratitude to the Agora Youth Association, for the development and execution of this initiative. She also thanked all the citizens of Las Gabias who once again showed their solidarity.

The goal of the association was to collect at least 6,000 euros more. This preliminary figure was doubled thanks to the participation of individuals, families, associations, and residents from nearby towns. The association created a number zero number to allow everyone to help, even if they didn't have a number.

‹ ›
Keywords:
MarchaSolidariaGabiasLograRecaudar12000EurosLuchaCancerInfantil
Your comment has been forwarded to the administrator for approval.×
Warning! Will constitute a criminal offense, illegal, threatening, offensive, insulting and swearing, derogatory, defamatory, vulgar, pornographic, indecent, personality rights, damaging or similar nature in the nature of all kinds of financial content, legal, criminal and administrative responsibility for the content of the sender member / members are belong.
Related News