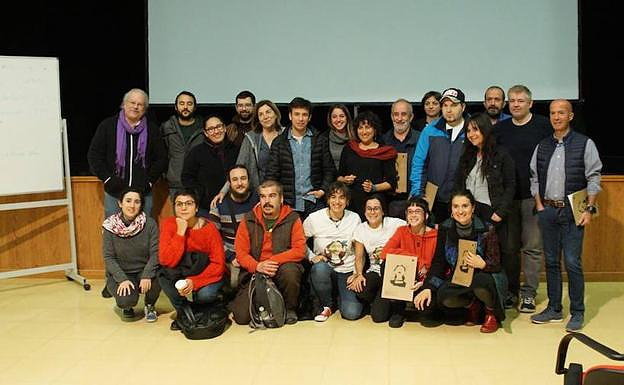 The first Cinespejo Festival was held last weekend. This film festival aims to be one of the best short film festivals in Granada and "a benchmark for poetry and cinema lovers", according to its organizers. Las Gabias hosted two short film contests: one poetic and one express. Participants had to record their film and edit it in 48 hours.

The organization claims that more than 300 shorts from over 30 countries including Iran, Peru, Taiwan and Peru participated in the first edition. The festival's director, Carmen Tortosa, was present at the Centro Cultural Siglo XXI to witness the activities. Also, Jose Luis Gartner, the person responsible for protocol, Vanessa Polo, the mayor of the city, and Maria Jose Perez, the councilor for cultural, were there as well. The City Council sponsored the festival and the Granada Provincial Council supported it.

The festival's award-winning short films were revealed on the final day. The organization wanted to congratulate all the winners. The Poetic Cinema category had the winner in the category Valenton, a documentary made by Luis Armando Sosa Gil from Mexico. It won the Cinespejo de Oro'. The 'Silver Cinespejo Award' was won by Buddy Joe, directed and produced by Julien David. Roman Rubert Bernar's film 'Tarrega Tanazaki" took third place. Pello Gutierrez's 'Zain,' and Claudia Claremi's 'El Monte,' were awarded the Jury's Special Mention. The Audience Award would be won by Jorge Gallardo's 'Almohada.

Participants in the express short film contest received various awards. The winner was "Nosotros Los Otes", by Illo Films. It won the prestigious 'Cinespejo Dorado. Silver Cinespejo was awarded to 'Reflejo,' a production company Oropendula. Third prize would be awarded to 'The Shapes of the Clouds' by Clau and the Balia team, who won the Bronzed Cinemirror. The Audience Award would go to 'Chronicle of a Death Foretold,' by the Selene group. Each award came with cash prizes.

Festival was not just for short films. There were many workshops and master classes that could be enjoyed in the programming to give attendees an insight into the cinematographic world. Registration is free until the festival reaches its full capacity. Manuel Menchon, screenwriter and director of "La isla del viento", offered a script workshop. Fermin Muguruza (the leader of Kortatu's musical group) gave a masterclass on his film, 'Black is Beltza'. A master class was also given by Susi Alvarado (filmmaker and poet, who is the author of the documentary "Life is the journey").

The three were part of the festival's jury. Pedro Enriquez, poet from Granada, and Carmen Rivero (photographer and juror of the Flecos award at Cines del Sur, and other film festivals in Cuba>>, joined them.

‹ ›
Keywords:
FestivalCineGabiasCierraPrimeraEdicionCortometrajesParticipantes
Your comment has been forwarded to the administrator for approval.×
Warning! Will constitute a criminal offense, illegal, threatening, offensive, insulting and swearing, derogatory, defamatory, vulgar, pornographic, indecent, personality rights, damaging or similar nature in the nature of all kinds of financial content, legal, criminal and administrative responsibility for the content of the sender member / members are belong.
Related News