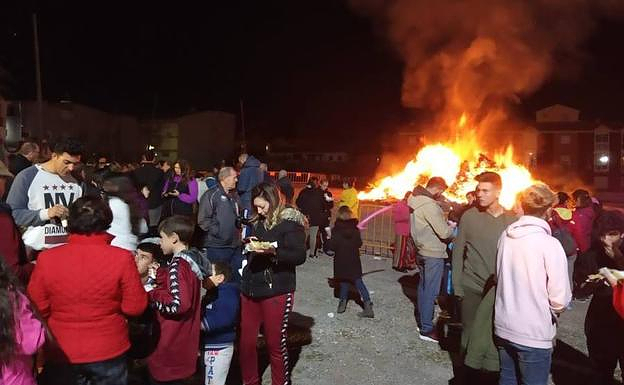 Las Gabias celebrated, as tradition dictates (La Candelaria), its annual festival. The festival was held at the municipal fairgrounds as a gathering point. Tradition has it that the great bonfire purifies the soul after all the Christmas festivities.

The main feature of the celebration was not just the bonfire made of logs, which was lit by neighbors who attended. Gabirros and their neighbors from other areas were attracted by music, sweet wine, and roasted potatoes.

Maria Jose Perez, the Councilor for Culture of the Las Gabias City Council wanted to emphasize, as each year, the wonderful atmosphere that is created at the festival. "We must keep and promote it because it's part of our history." The Consistory was responsible for distributing over a thousand roasted potatoes to those who attended the party. This was accompanied with sweet wine. Perez pointed out that every year, more neighbors participate in Fiesta de la Candelaria.

‹ ›
Keywords:
GabiasCelebraFiestaCalendariaPatatasAsadasVinoDulce
Your comment has been forwarded to the administrator for approval.×
Warning! Will constitute a criminal offense, illegal, threatening, offensive, insulting and swearing, derogatory, defamatory, vulgar, pornographic, indecent, personality rights, damaging or similar nature in the nature of all kinds of financial content, legal, criminal and administrative responsibility for the content of the sender member / members are belong.
Related News