Las Gabias begins a campaign to clean the streets of cardboard

In collaboration with the Provincial Council of Granada the City Council of Las Gabias has launched a campaign that aims to eliminate uncontrolled cardboard from the commercial streets of the city. 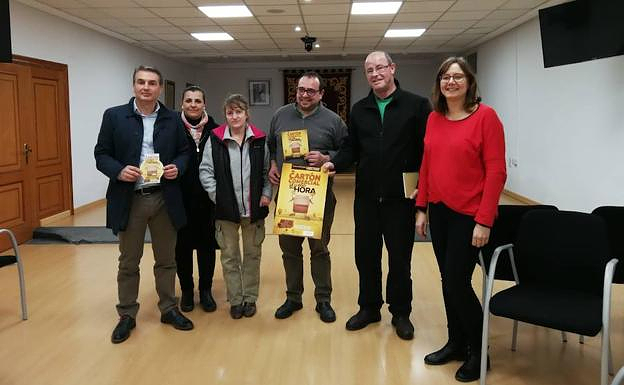 In collaboration with the Provincial Council of Granada the City Council of Las Gabias has launched a campaign that aims to eliminate uncontrolled cardboard from the commercial streets of the city. This campaign is part of Granada Network of Municipalities towards Sustainable (Gramas). It aims to make streets cleaner and to make it easier to use the streets for residents.

This plan's motto was "His time is now for cardboard". It will be promoted to stop the collapse of blue containers and the accumulation cardboard in their surroundings over the next few days. The Consistory will reinforce the Door-to-Door Commercial Cardboard Collection Service. Its purpose is to eliminate uncontrolled cardboard.

Luis Alcoba (Cabinet Councilor for Environment) explained the process. He said that the campaign requires merchants to participate in folding cartons and following the schedules to deposit the cartons on the public roads. A directory of all businesses who support the initiative will be created.

Alcoba explains that all participating businesses will receive a sustainable badge. This will include a special identification which will make neighbors aware of their contributions to making the town cleaner and more sustainable. The hours and days to deposit the cardboard are Tuesdays and Fridays, from 5:00 p.m. until 6:30 p.m.

The Department of the Environment wanted merchants to join the campaign. It requires little effort, but it "entails great commitment for future generations."

‹ ›
Keywords:
ComienzaGabiasCampanaMantenerCallesLimpiasCarton
Your comment has been forwarded to the administrator for approval.×
Warning! Will constitute a criminal offense, illegal, threatening, offensive, insulting and swearing, derogatory, defamatory, vulgar, pornographic, indecent, personality rights, damaging or similar nature in the nature of all kinds of financial content, legal, criminal and administrative responsibility for the content of the sender member / members are belong.
Related News