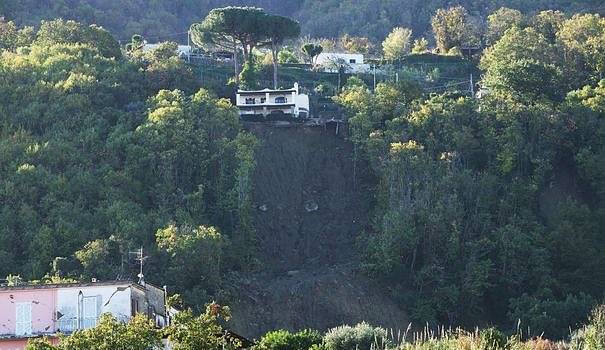 The previous toll reported 7 dead. Four people are also still missing, according to the latest report established Monday by the prefecture of Naples (south) on which depends Casamicciola Terme, a spa resort of 8,000 inhabitants on this island located in the Bay of Naples.

The government has declared a state of emergency for Ischia, a status which provides for an accelerated procedure for mobilizing funds and resources, including those for civil protection, for urgent interventions or the establishment of reception structures.

More than 650 rescuers have been sent to the island to take part in search and rescue operations for the survivors of this tragedy, which also left five people injured and 230 inhabitants of the island homeless after ravaging a thirty houses.

The disaster was caused by the conjunction of several factors: deforestation, excessive real estate development, as well as the lack of maintenance and prevention.

According to a geologist quoted Monday by the daily Il Corriere della Sera, the situation remains dangerous: "a good part of the northern slope of the island and in particular Casamicciola terme, after the landslide of two days ago, are still risk", warned Aniello Di Iorio after an on-site inspection.

The daily also quotes the former mayor of Casamicciola, Giuseppe Conte, who claims to have alerted several administrations to the risk of a landslide four days before the tragedy. "I had written to the prefect of Naples, to the civil protection of Naples (...) Nobody answered me", he lamented.

The president of the National Council of the Order of Architects Francesco Miceli for his part denounced "an announced tragedy".

"This is not an isolated case, the areas at risk are numerous and concern many regions of our country, which is why we must quickly define more incisive strategies for controlling the territory, programs actions and release adequate resources".

The former German Chancellor Angela Merkel, a regular on the island where she has made several stays, published a press release quoted by the Italian media in which she wrote: "I know the island well and I am attached to it, just like its inhabitants. With them I mourn the victims".