Landlords can decide whether to accept refugees

After fleeing the war in Ukraine, an elderly woman and her granddaughter found a new home in Gräfelfing near Munich - which they now have to vacate against the will of their host after a court ruling. 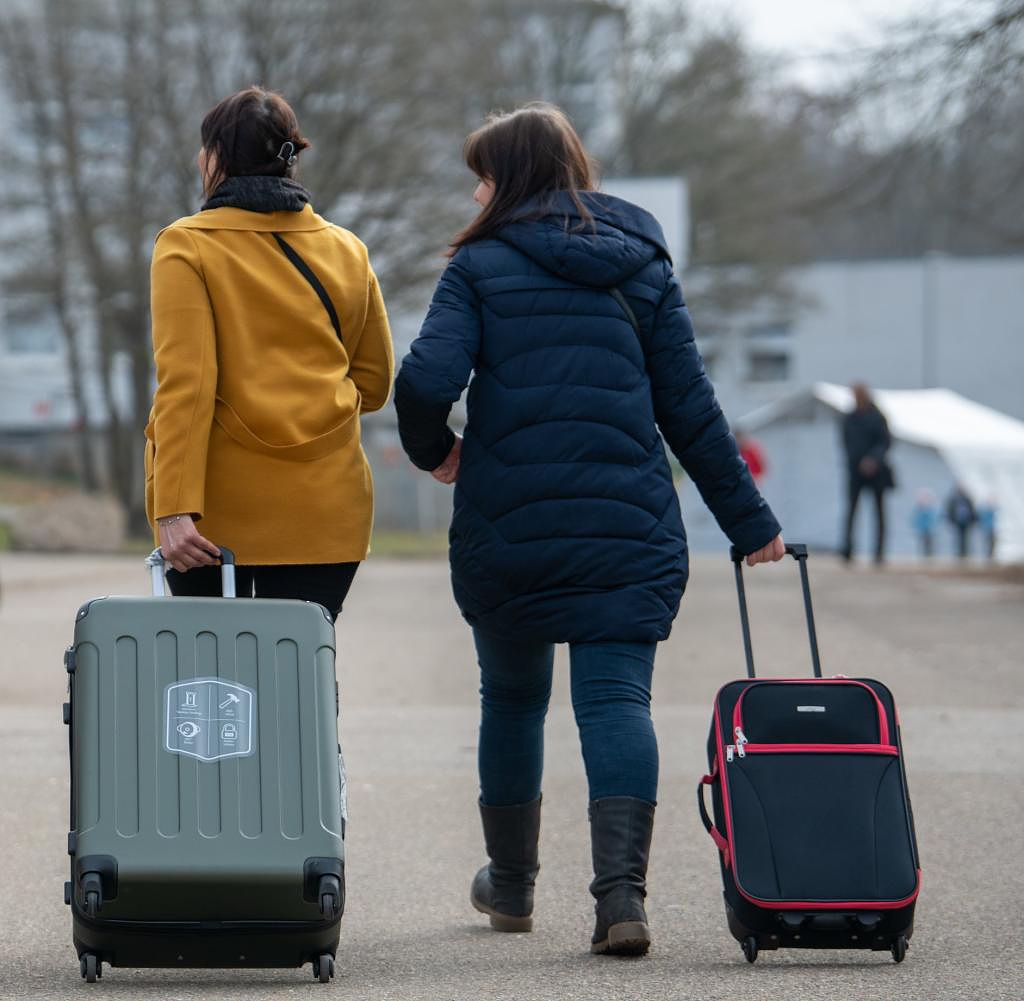 After fleeing the war in Ukraine, an elderly woman and her granddaughter found a new home in Gräfelfing near Munich - which they now have to vacate against the will of their host after a court ruling. The 45-year-old widower lives with his two children in a large single-family house for rent and took the two Ukrainians in May. But the landlords of the house demanded that the 74-year-old Ukrainian and her 15-year-old granddaughter should move out. The tenant sued. But the Munich district court ruled on Tuesday: The decision as to whether refugees may be admitted to rented apartments and houses lies with the landlord.

The judgment is not yet final, but "provisionally enforceable". This means that the two Ukrainians will have to move out soon, even if the DMB tenants' association in Munich, which supports the lawsuit, announced that it would review the verdict and probably want to appeal. "This judgment is not only drastic for the two Ukrainians, it can also mean for many other refugees that they have to go back to accommodation in an already stressful situation," said Beatrix Zurek, chairwoman of the tenants' association. One therefore hopes for a federal clarification.

The tenants' association therefore also assumes the legal costs of the 45-year-old. "I'm a tenant of a house, live with my two children on 240 square meters of living space," he explained in the process. "We have space upstairs in our attic, while the refugees from Ukraine have to sleep on camp beds in accommodation." The tenant therefore tried to get the district court to have the landlord agree to subletting or letting the refugees live. In addition to the close relationship that had developed in the meantime, he also cited humanitarian reasons.

However, the landlady, who lives in the apartment building next door, stated in the process that she felt severely psychologically burdened by the living situation. It bothers her that the Ukrainians and their visitors walked close to their own house when entering the house due to the route. The landlords had initially agreed to the two being admitted in the first few weeks – but in their own words only because they knew that they were not allowed to prohibit short-term visits.

In principle, tenants need the consent of the landlord if they want to sublet part of the rented living space or leave it to third parties free of charge. In certain circumstances, however, tenants also have a right to this consent - namely if they can claim a "legitimate interest". This usually refers to the economic or personal circumstances of the tenant, for example if the tenant can no longer afford the apartment without subletting or needs a domestic help or caregiver living in the house.

However, since this case is not about the tenant's personal circumstances, the court did not consider that there was a "legitimate interest" in subletting. The tenants' association sees it differently: "After examining the verdict, we will continue to work to ensure that humanitarian aid in an emergency is a legitimate interest," said Zurek.

‹ ›
Keywords:
NewsteamRusslandUkraineKrieg (24.2.2022)Wohnungen Für FlüchtlingeFlüchtlingeUntermieterMietrechtTexttospeechAmtsgericht MünchenGräfelfingUkraineDMB Mieterverein MünchenApple PodcastUkrainerinnenKrimi
Your comment has been forwarded to the administrator for approval.×
Warning! Will constitute a criminal offense, illegal, threatening, offensive, insulting and swearing, derogatory, defamatory, vulgar, pornographic, indecent, personality rights, damaging or similar nature in the nature of all kinds of financial content, legal, criminal and administrative responsibility for the content of the sender member / members are belong.
Related News