Recognize the contributions of women to La Zubia's past, albeit for different reasons. 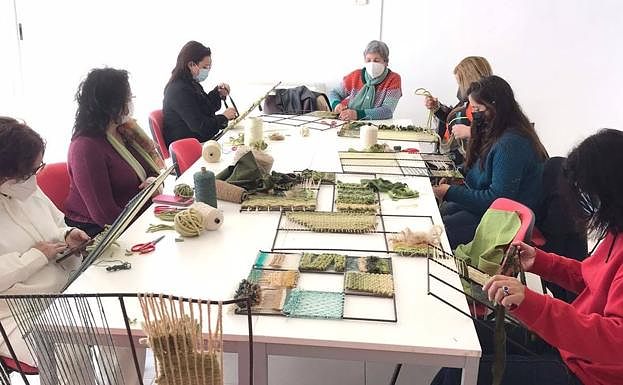 Recognize the contributions of women to La Zubia's past, albeit for different reasons. This is the goal of the 'Footprints project, which was launched by the Department of Equality of the City Council and the Delegation of Equality and Youth of the Diputacion de Granada.

Since a few weeks, the 13 Rosas Equality Center hosts a series meetings where women's associations of La Zubia take part in an effort to make public the history of some anonymous women through an exhibit that will soon be held.

Rebeca Sanchez, Councilor for Equality of La Zubia says, "From the Department of Equality, we are working to retrieve these stories of neighbors of La Zubia to recognize their work, their figure and that they don't fall into oblivion."

The mayor of Equality stated that "it is about women who lived under the shadows, many being mothers, grandmothers, or sisters but whose work was essential in bringing different generations forward and who we now want back with the cooperation of the associations for women of La Zubia."

Puri Lopez, the La Zubia mayor, and Puri Lopez, the councilor, participated in many of these workshops. They worked with photographs, fabrics, and other materials such as hemp and espartograss. "This much-needed work will help us give all of these women the space that they deserve. We hope to end it with an exhibition in her honor that we will open this spring," the councilor said.

‹ ›
Keywords:
ZubiaRecuperaraHistoriaMujeresAnonimasMunicipio
Your comment has been forwarded to the administrator for approval.×
Warning! Will constitute a criminal offense, illegal, threatening, offensive, insulting and swearing, derogatory, defamatory, vulgar, pornographic, indecent, personality rights, damaging or similar nature in the nature of all kinds of financial content, legal, criminal and administrative responsibility for the content of the sender member / members are belong.
Related News