After the pandemic, the eighth pedestrian lap of La Zubia 'Run for Parkinson's' was held. 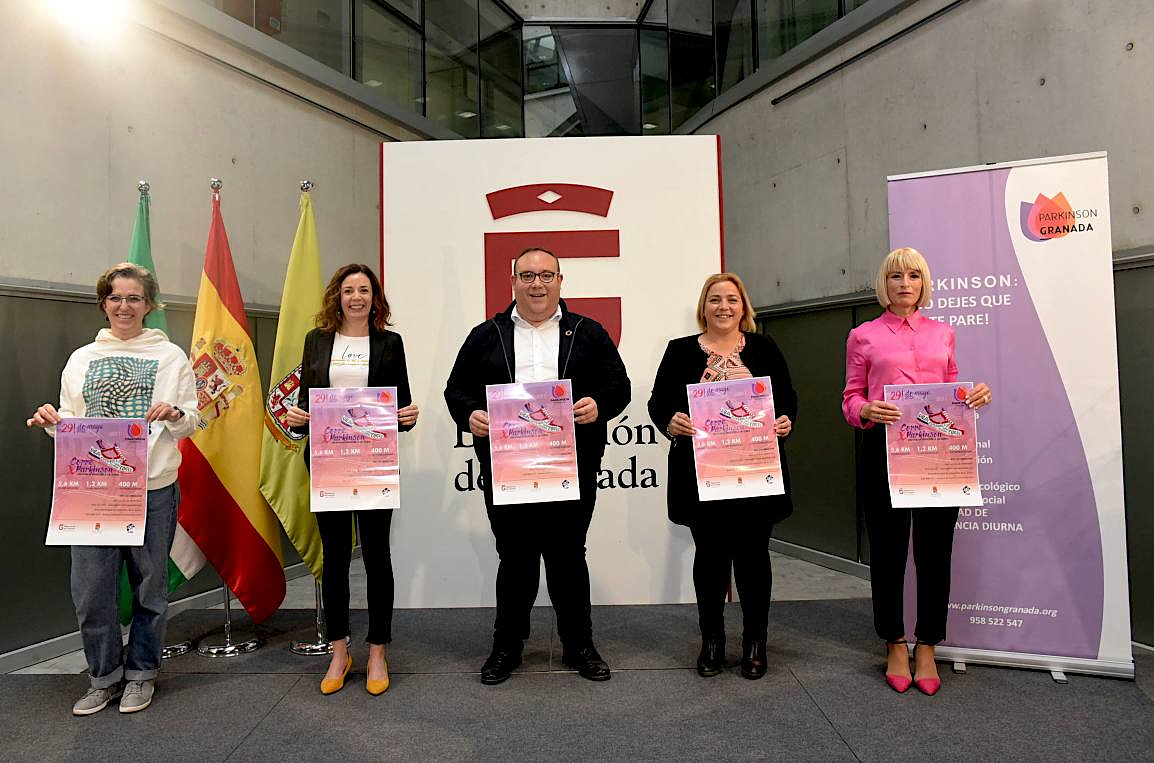 After the pandemic, the eighth pedestrian lap of La Zubia 'Run for Parkinson's' was held. It aims to promote the health and well being of the general public and raise funds for people who are not financially able. This conference, which was cancelled in 2020 and 2021 will be held in the metropolitan area with the organization of Parkinson Granada, the La Zubia City Council and the collaboration of Granada Provincial Council.

Manuel Guirado, the deputy for Sports, stated in the presentation that the test was not competitive and that it is meant to raise awareness about a disease that requires more research, support, and more resources. Guirado also highlighted the efforts of the Parkinson Granada Association and the La Zubia City Council to promote family sport in a day with "playful undertones that emphasize awareness and sensibilization about the disease."

Puri Lopez, the mayor of La Zubia has stated that May 29 will be a day of solidarity and celebration in which the values associated with sport are more prominent than ever. Lopez stated that the event already has over a thousand participants and puts the municipality in the spotlight for a "important sports weekend", which promotes tourism activity in the town.

Ana Rodriguez, who is the manager of Parkinson Granada, stressed the importance of the event in the annual activities of the association. Rodriguez explained that the race is open to all ages, including those with Parkinson's disease, their families, and caregivers. It consists of three circuits: circuit A (5.6 km), circuit B (1.2 km) and circuit C (400 m) for those in the juniors and minors category. Competitors (professional runners) can participate, while others may choose to walk the route.

The event's organizers aim to raise awareness about Parkinson's disease, increase awareness of its daily challenges, support and promote activities of the association and encourage people living with the disease to know that they are not the only ones. All funds raised will be donated to the solidarity fund of the association to provide the necessary services and therapies (physiotherapy, speech therapy, or occupational therapy) for those with Parkinson's.

Registering for the event is free for adults, 8 euros for children, and 6 euros each for seniors. You can collect numbers from 8:30 a.m. until 10 a.m. The race begins at 10:30 am with circuit A. Next, the children's race will begin at 12:00 pm. The junior and junior races will follow at 12:15 pm. The race will conclude with the awarding of medals and trophies to the winners.

‹ ›
Keywords:
VuelveCarreraSolidariaCorreParkinsonZubiaParticipantes
Your comment has been forwarded to the administrator for approval.×
Warning! Will constitute a criminal offense, illegal, threatening, offensive, insulting and swearing, derogatory, defamatory, vulgar, pornographic, indecent, personality rights, damaging or similar nature in the nature of all kinds of financial content, legal, criminal and administrative responsibility for the content of the sender member / members are belong.
Related News