After a complete overhaul, the new emergency service at La Zubia's health center has more space and is now operational. 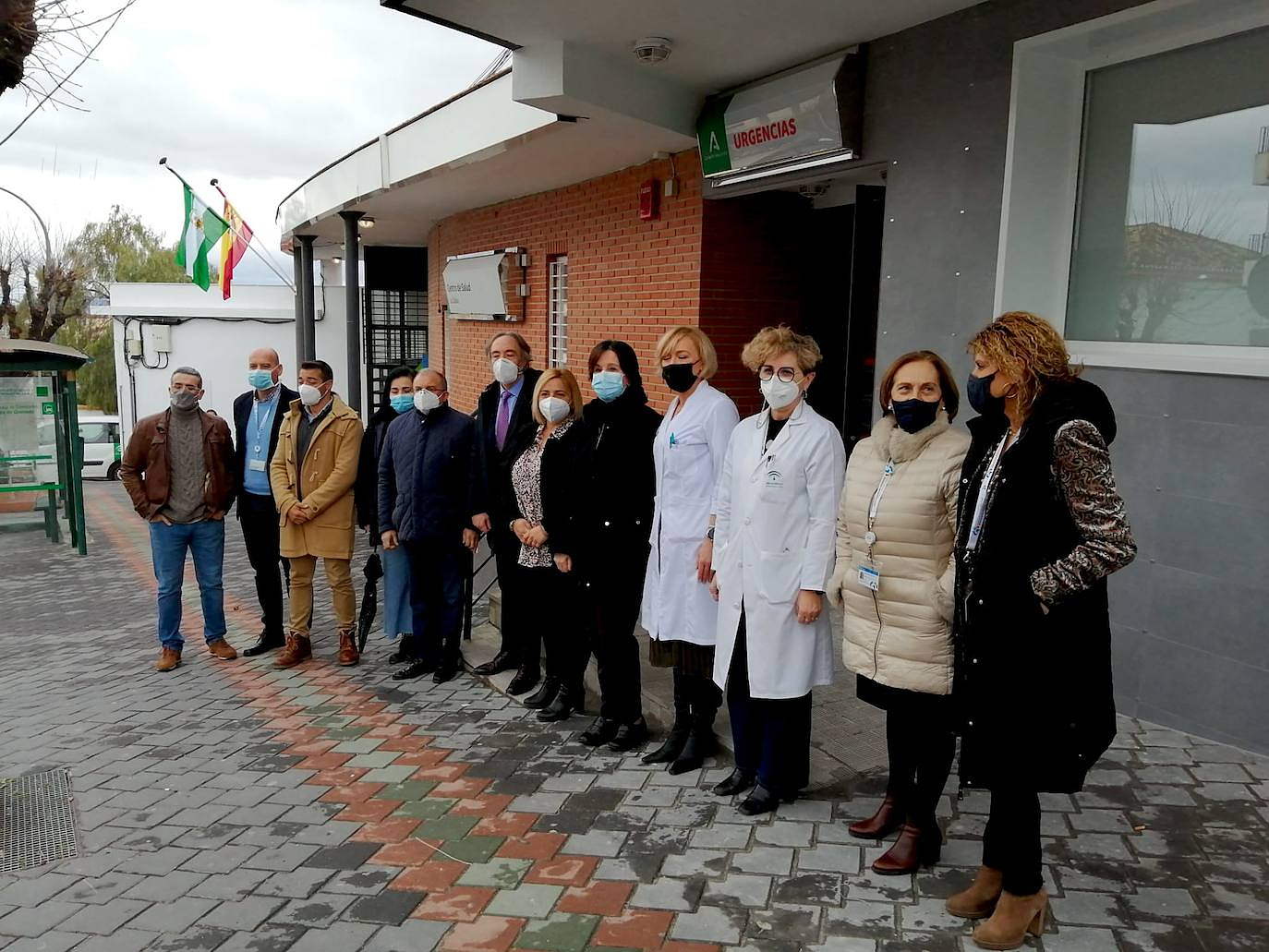 After a complete overhaul, the new emergency service at La Zubia's health center has more space and is now operational. Indalecio Sanchez Monttesinos, the territorial delegate for Health and Families was accompanied by Leticia Soriano (managing director of Granada Metropolitan District), Concha Medina, director of the health centre, and part the Zubian government team headed by Puri Lopez.

The investment required for some improvements, which included the transfer the radiology area to floor'minus one' in order to dedicate a floor exclusively to the Emergency service. This is the result of a previous phase that saw improvements to this sanitary device, which was fitted with an elevator that allows for easy movement within the center.

With the new redistribution, a fourth consultation was held to bring users' attention, increasing its number from three up to four. The living areas and bedrooms of professionals who serve La Zubia, Ogijares and Gojar have also been upgraded, as have their outlying offices at Barrio de Monachil and Cajar. There are approximately 60,000 people.

The SUAP of La Zubia offers an admission service and four questions. It also has a waiting area with two bathrooms that are accessible to people with reduced mobility. There is also a critical room with advanced life support resources, which is located at the margin of the rest area for professionals.

Concerning this activity, it is important to note that last year, 34,474 requests were received by the Primary Care Emergency Service of La Zubia (SUAP). "Now, after four month of work," the territorial delegate says, "a response has been given to a long-requested need both by the population in this area of Granada as well as the sixty or so health professionals who provide services within this SUAP." These professionals are attached at one of three Clinical Management Units of La Zubia (Huetor Vega) or Ogijares (OGC).

Sanchez-Montesinos as well as Leticia Soriano both highlighted the public's satisfaction with the new facilities. They also highlighted the outstanding functionality of the queries, and the brightness achieved within the complex. The person in charge of the center informed them both that there are currently eleven quotas at La Zubia for family medicine, three for nursing, and three for paediatrics.

La Zubia's health center was able to provide care for around 8,000 family medicine consultations, 6,600 nursing consultations, and 800 pediatric consultations last February. The radiology service is responsible for approximately 1,800 monthly projections. This service is available every day from Monday through Friday, at three in the morning and three by the afternoon.

‹ ›
Keywords:
NuevoServicioUrgenciasZubiaGanaEspacioFuncionalidad
Your comment has been forwarded to the administrator for approval.×
Warning! Will constitute a criminal offense, illegal, threatening, offensive, insulting and swearing, derogatory, defamatory, vulgar, pornographic, indecent, personality rights, damaging or similar nature in the nature of all kinds of financial content, legal, criminal and administrative responsibility for the content of the sender member / members are belong.
Related News