La Zubia hosted an inclusive march to mark the International Day of Persons with Disabilities. 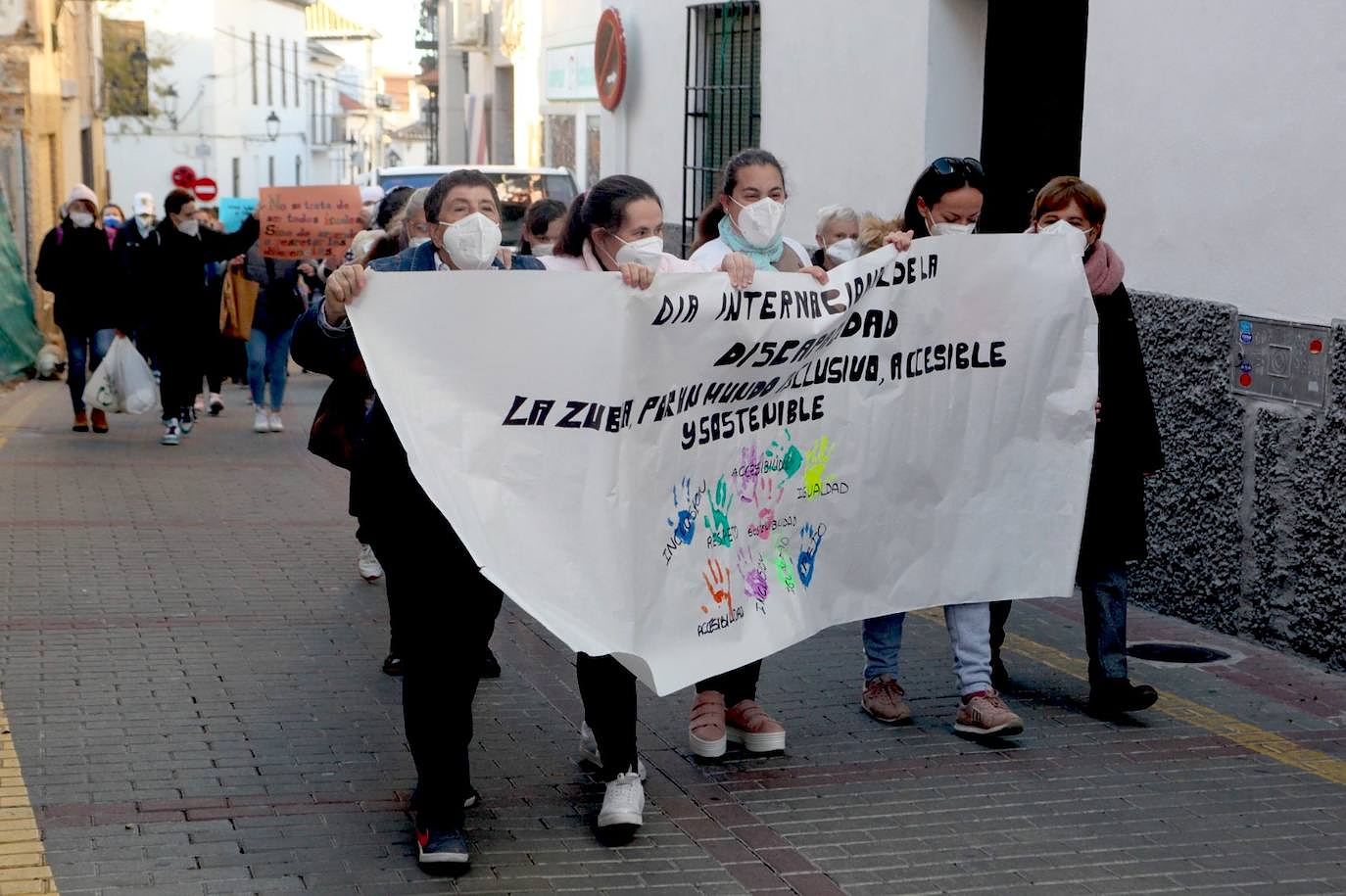 La Zubia hosted an inclusive march to mark the International Day of Persons with Disabilities. It was held on December 3. This event attracted fifty people and ran along various streets in the town, from Casa Pinta to the Town Hall. A document prepared by Docete Omnes foundation, was then read.

It was organized by the City Council of La Zubia from the Social Welfare and Sports Areas and other entities and associations with the goal of making people with disabilities visible and increasing awareness about their situation. These activities were aimed at creating an inclusive, accessible, and sustainable world.

Puri Lopez, the mayor of La Zubia attended the event, along with Rebeca Sanchez, the councilor for Social Welfare and Sports, Mirian Espanola.

In order to make this a reality, La Zubia's municipal buildings will be lit up yellow during that week.

‹ ›
Keywords:
ZubiaCelebraMarchaInclusivaConmemorarInternacionalDiscapacidad
Your comment has been forwarded to the administrator for approval.×
Warning! Will constitute a criminal offense, illegal, threatening, offensive, insulting and swearing, derogatory, defamatory, vulgar, pornographic, indecent, personality rights, damaging or similar nature in the nature of all kinds of financial content, legal, criminal and administrative responsibility for the content of the sender member / members are belong.
Related News