This past Sunday, the City Council of La Zubia presented its Gold Medals, its highest institution distinction, to four residents of the town. 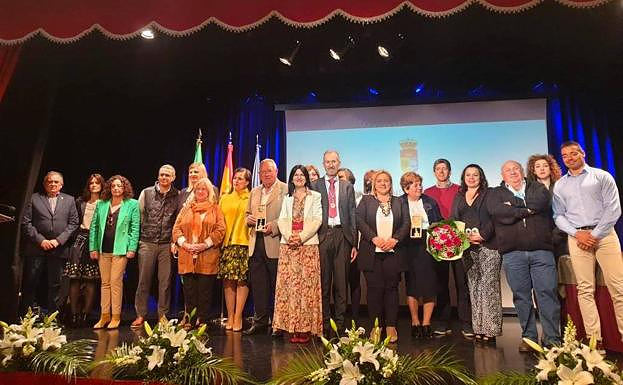 This past Sunday, the City Council of La Zubia presented its Gold Medals, its highest institution distinction, to four residents of the town. The act was supposed to have taken place on February 28, Andalusia day, but was postponed to April because of high covid-19 incidence.

Who are the honorees? The honorees were: Jesus Megias, a pharmacist who worked at Dona Francisca Pharmacy for nearly fifty years, always smiling for thousands of his neighbors; the La Zubia Basketball Club for encouraging this sport among the local population; the Sports Association of Veterans of Atletico de La Zubia which is named after the municipality in Spain; Manuel Segura Molina who was Secretary General of PSOE of La Zubia and Councilor for Urban Planning of La Zubia. He also served as a well-known merchant of the city and who died last year

The Casa de la Cultura hosted the event. Puri Lopez, the mayor of La Zubia was the chairperson. Inmaculada Calahorro, the deputy delegate of Government of Spain in Granada was also present. In addition to municipal employees, more than 100 neighbors, friends, and relatives of winners were present.

Zubia's mayor praised "the greatness and talent of our four winners who are the best in their respective fields. We are tremendously proud of their human qualities and their good work."

‹ ›
Keywords:
ZubiaEntregaMedallas
Your comment has been forwarded to the administrator for approval.×
Warning! Will constitute a criminal offense, illegal, threatening, offensive, insulting and swearing, derogatory, defamatory, vulgar, pornographic, indecent, personality rights, damaging or similar nature in the nature of all kinds of financial content, legal, criminal and administrative responsibility for the content of the sender member / members are belong.
Related News