La Zubia dedicates one square to Ana Maria Morillas (teacher), who was murdered by her ex-partner in 2020 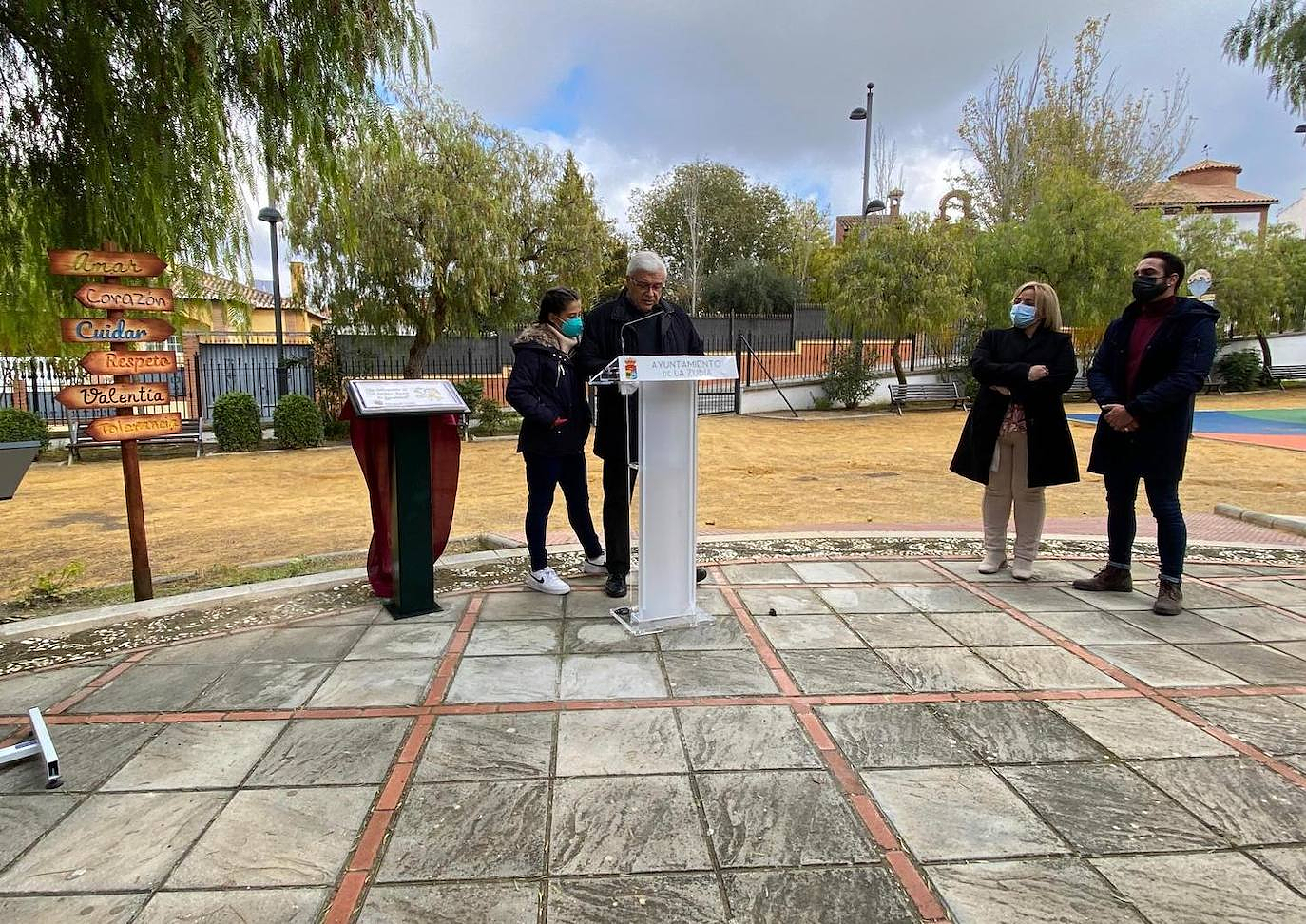 La Zubia dedicated a square in honor of Ana Maria Morillas Mazueco (CEIP Isabel La Catolica teacher who was killed by her ex-partner February 2020). In an act that was organized by the educational center and the Department of Education of the Zubiense City Council to remember Ana Maria's teacher, teachers, parents, and mothers, as well as students and fathers, the father of Ana Maria and his daughter, were attended by many people.

"We wanted to pay tribute to Ana Maria, a young lady, 38 years old who had her whole life ahead and thousands of dreams to fulfil, who was murdered in her ex-partner'," Puri Lopez, the mayor of La Zubia stated on the November 25, International Day for the Elimination Of Violence Against Women.

Antonio Arquelladas (Consultant for Education in Zubia), pointed out that Plaza Ana Maria Morillas would be "a symbol of the work by 'Seno Ana" and an indelible reminder of her most important teaching: That education be the path towards equality, and that her fight against gender violence won't be forgotten.

This event was part the City Council's program of activities on November 25. A special plenary session at the Town Hall was also held that afternoon, followed by a parade through La Zubia.

A minute of silence was observed in the act for the 37 women killed by their partners or ex-partners between 2021 and 2022.

‹ ›
Keywords:
ZubiaDedicaPlazaProfesoraMariaMorillasAsesinada2020Expareja
Your comment has been forwarded to the administrator for approval.×
Warning! Will constitute a criminal offense, illegal, threatening, offensive, insulting and swearing, derogatory, defamatory, vulgar, pornographic, indecent, personality rights, damaging or similar nature in the nature of all kinds of financial content, legal, criminal and administrative responsibility for the content of the sender member / members are belong.
Related News