La Zubia, a master class in the Manga universe

In the Youth House in La Zubia, more than 40 youths from La Zubia, Granada and Monachil participated in the workshop led by Luis Montes, cartoonist and author of the magazine Planeta Manga'. 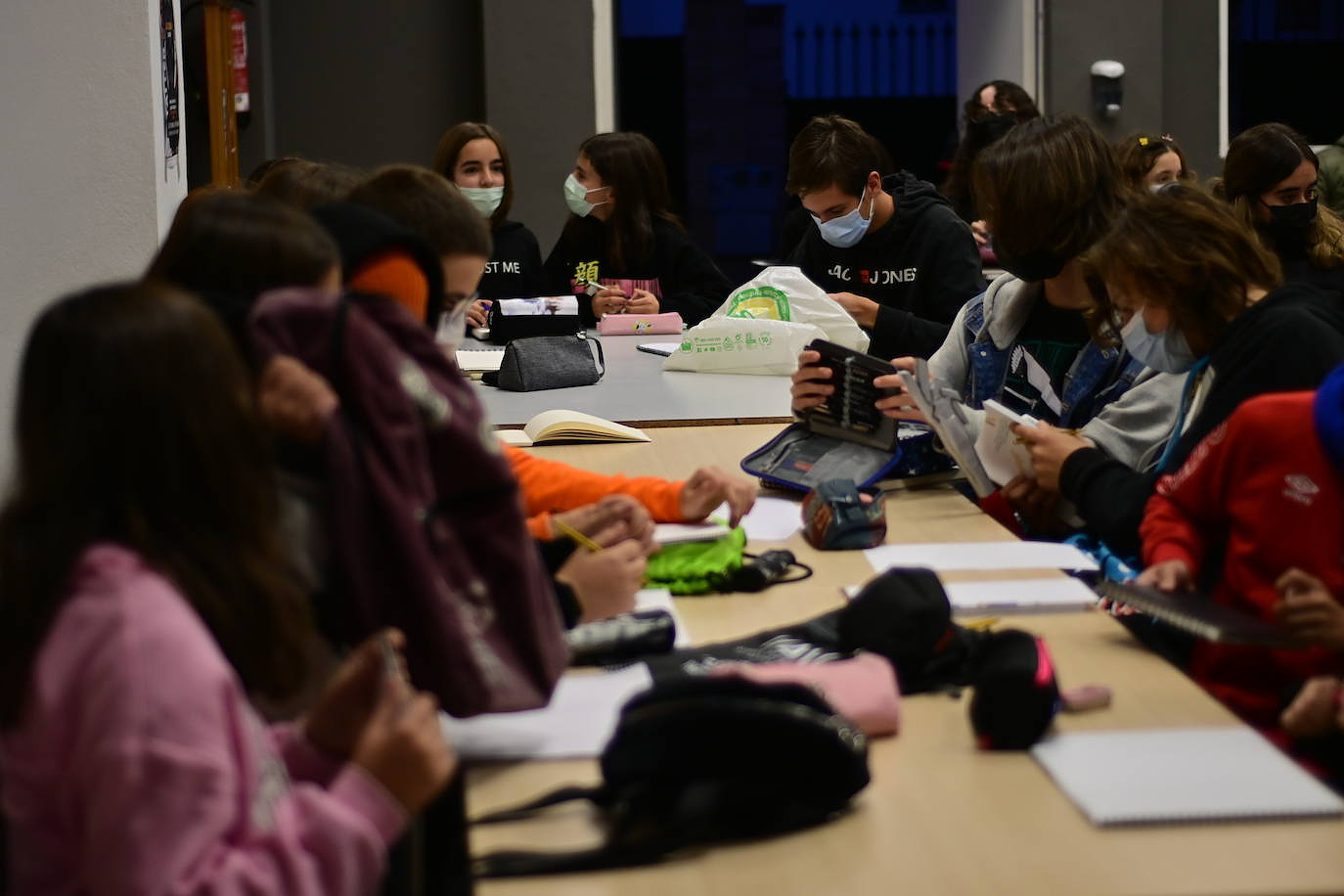 In the Youth House in La Zubia, more than 40 youths from La Zubia, Granada and Monachil participated in the workshop led by Luis Montes, cartoonist and author of the magazine Planeta Manga'.

Bea Castillo was another notable figure in Japanese comics, accompanying Montes. They shared their knowledge with La Zubia Comic School, the only municipal one in the province. It celebrates its tenth year this year.

Luis Montes, a comic book author from Granada and a 'concept artist,' is the creator of the Manga Gryphoon' which is currently being published by the magazine Planeta Manga. He was born in Granada and studied at several design schools. He then went on to study at the Joso school in Barcelona where he has been a professor since 2004. He has been an illustrator for Nintendo for six years, including advertising campaigns for "Zelda" and "Fire Emblem", as well as a concept artist for several animation productions. As a cartoonist, he has also collaborated on many projects such as "Different", a Planeta publishing house comic.

Antonio Arquelladas (Councilor for Youth of La Zubia) recalls that this activity is part of a 'Youth Month' which the City Council of La Zubia in collaboration with Huetor Vega, Monachil and Cajar organized during November with activities for youth from these municipalities.

The Comic School is located in La Zubia's Casa de la Juventud. It currently has fifty students from all ages. They can take a whole course, from October to June, and learn how to draw and improve their drawings. It also offers a digital drawing class, taught by Andrea Sanchez, one of its original students. She is a well-respected teacher in digital illustration.

Arquelladas stated that it was a satisfying experience to see one of the most talented national cartoonists creating monsters. He added that they could also take a copy the magazine in which Luis Montes is a contributor. Paco Quero, one the comics teachers that has produced the most talent in Granada, attended the meeting.

Puri Lopez, the mayor of La Zubia commented that Luis Montes, Beatriz Castillo and Beatriz Montes "are just two examples of the immense talent that exists in this country in the field of comics."

‹ ›
Keywords:
MasterClassUniversoMangaZubia
Your comment has been forwarded to the administrator for approval.×
Warning! Will constitute a criminal offense, illegal, threatening, offensive, insulting and swearing, derogatory, defamatory, vulgar, pornographic, indecent, personality rights, damaging or similar nature in the nature of all kinds of financial content, legal, criminal and administrative responsibility for the content of the sender member / members are belong.
Related News