L1: reunion in Lille for Galtier and PSG, Payet in the dark

- The clash: Lille-PSG -</p>Already the only leader of L1 after two days and ten goals scored, PSG are advancing towards their first test of the season, against Lille who had deprived them of the national title in 2021. 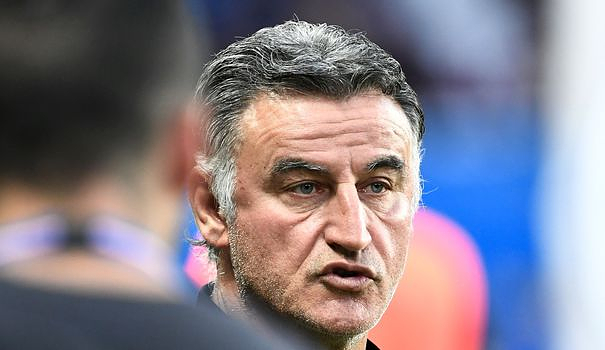 Already the only leader of L1 after two days and ten goals scored, PSG are advancing towards their first test of the season, against Lille who had deprived them of the national title in 2021.

For Christophe Galtier, the return to the Pierre-Mauroy stadium on Sunday (8:45 p.m.) will bring back some nice memories, like this improbable 5-1 victory for his Dogues against the Parisians in April 2019.

But on Sunday, the Parisian coach's N.1 challenge will be that of reconciliation between Neymar and Kylian Mbappé, including the first of the side-by-side season, Saturday against Montpellier (5-2), questioned, between gestures of annoyance of the French and incomprehension on the choice of the penalty taker.

"There is no discomfort, it's an epiphenomenon", evacuated Galtier at a press conference on Friday, promising that the differences had been "settled" the day after the meeting.

With four points in two games, Lille is starting the 2022-2023 season a little better than the previous one, which ended in 10th place. Paulo Fonseca's players notably impressed against Auxerre at the opening (4-1).

They will also receive another "old" from the house, the Portuguese Renato Sanches, barely transferred to PSG and already a scorer against Montpellier.

What role will Dimitri Payet have in Igor Tudor's system at Marseille this season? The Olympian captain (35) has just had two games started on the substitutes' bench, an unimaginable place for him under the mandate of former technician Jorge Sampaoli.

"There are other important players on the bench. I am a lucky coach since I have an important bench. But that does not mean that some will not play the next match", tried to explain the Croatian coach on Prime Video on Sunday.

But in Brest (1-1), last Sunday, Payet only played about twenty minutes, after a quarter of an hour against Reims (4-1). When he entered, the Reunionese even declined the captain's armband given to him by Mattéo Guendouzi.

His presence at the kick-off against his former club Nantes, Saturday (9:00 p.m.), will therefore be one of the challenges of the meeting, while the Canaries started the season with two draws.

- The figure: Monaco, 7 matches without a clean sheet -

AS Monaco are playing their fifth match of the season on Saturday (5:00 p.m.) against Lens, after their elimination in the third qualifying round of the Champions League against PSV Eindhoven.

And so far, Philippe Clement's men have still not managed to keep their clean sheets, a valid observation since the 35th day of the previous season and a 2-0 victory against Angers. Or seven matches in a row without a "clean sheet" in all competitions.

Certainly, the partners of Wissam Ben Yedder impress offensively, with at least one goal scored in the last fifteen meetings and four points scored in two days. But the Monegasques too often bend mentally, like the red card received by Youssouf Fofana last week against Rennes (1-1), a match at the end of which Clement nevertheless underlined the "exceptional solidarity" of its workforce.

Facing Lens (also 4 points), ASM targeted the man in the form of Blood and Gold: it is Florian Sotoca, author of a hat-trick against Brest on August 7 (3-2).