L1: Neymar and Mbappé, two egos to manage for PSG

By taking control of the Parisian workforce in early July, coach Christophe Galtier knew he was setting foot in a star locker room. 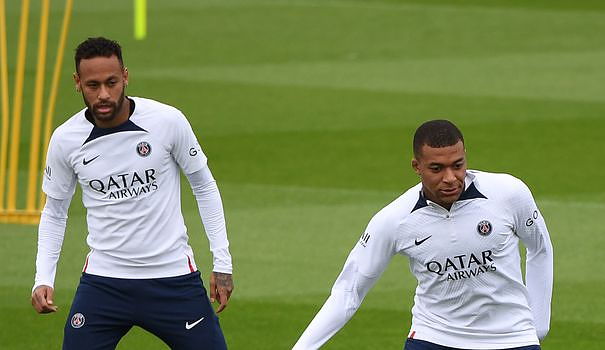 By taking control of the Parisian workforce in early July, coach Christophe Galtier knew he was setting foot in a star locker room. "I have known groups where there was ego", he evacuated then, ensuring that he wanted "to ensure that this team is very united, demanding, determined".

Did he imagine having to manage the first adventures in the locker room from the second day of Ligue 1, after a 5-2 victory against Montpellier and a new attacking festival?

The sulky attitude of Mbappé during this meeting, his first of the season, as well as the disagreement between the two attackers on the identity of the taker of the second penalty in any case challenged the observers of the champion club of France.

"There is no discomfort, it's an epiphenomenon", played down the new coach on Friday at a press conference.

The misunderstanding about the penalty taker after the first shot on goal missed by the French? "It was an exchange, a discussion. There was a specific order: Kylian in N.1, Ney in N.2, and then there is the interpretation of the order in the event of a second penalty", a- he hammered. "Neymar felt like taking it, Kylian let him shoot."

The coach nevertheless took the subject seriously, since he quickly wanted to "flatten" the subject with the two men, who met the day after the meeting "to tell each other what we had to say".

It is true that in the meantime, Neymar had relaunched the debate on Twitter, by affixing the mention "I like" to two messages which were surprised at the choice of Mbappé as the N.1 shooter... Atmosphere.

But "this epiphenomenon disappeared very quickly", insisted Galtier, satisfied to have lived "a very pleasant week in the work".

During the only quarter of an hour of training open to the media this week, in any case, the smile had indeed returned to the face of "Kyky", in place of the cold mine that accompanied his first appearance at the Parc des Princes.

Extended with great fanfare at the end of May until 2025, the 23-year-old striker has indeed been erected as the centerpiece of the new project, that of the end of the "bling-bling", in the very words of President Nasser Al-Khelaïfi.

Gold Neymar, a time anticipated on the start of the transfer window, precisely symbolizes the era of tinsel, he who has often been pinned by the press for his way of life, sometimes linked to his repeated injuries.

But "I didn't hear Ney ask to leave, and to see him training every day, I don't have the feeling of a player on stand-by", pleaded Galtier.

On the contrary, Neymar is in the midst of a renaissance: with five goals and three assists in three official matches, the 30-year-old Brazilian is the Parisian club's N.1 attacking asset this summer.

A situation that clearly contrasts with last season, marked by an extreme domination of the Bondynois over "the Ney" in all statistical lines, goals (39 against 13) as assists (26 against 8), all competitions combined.

Another source of tension for Mbappé, the perfect understanding between the Brazilian and Lionel Messi, who are constantly looking for each other on the field and offer the public combinations worthy of their best years in Barcelona. Automatisms for the time being less visible with Mbappé.

"Due to the absence of Kylian (suspended for the Champions Trophy then injured on the first day), it was a pair for two matches. But it was already a trio last season and in training, they are looking for each other a lot," insisted Galtier.

"In my eyes, it's a real trio," concludes the former Lille coach. He hopes to see his soloists tune their violins on Sunday evening at the Pierre-Mauroy stadium.