L1: Mbappé rushes to Nice, Lyon to Lens so as not to sink

- The poster: Lens-Lyon, already a turning point -</p>Time is already running out for Olympique Lyonnais, modest 6th in L1 with six lengths behind on the podium, its objective displayed at the end of a failed 2021-2022 season. 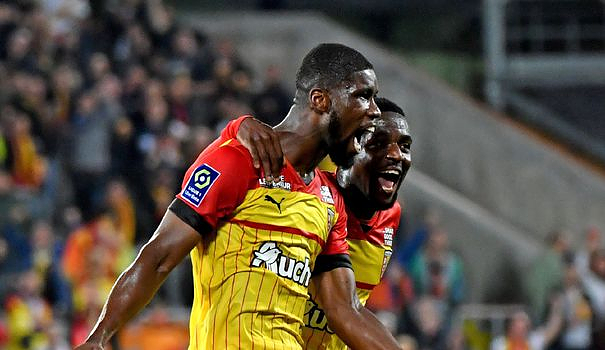 Time is already running out for Olympique Lyonnais, modest 6th in L1 with six lengths behind on the podium, its objective displayed at the end of a failed 2021-2022 season.

Lyon (13 pts) remains on three consecutive defeats before going to challenge Lens (4th, 18 pts), which could, if successful on Sunday (8:45 p.m.), relegate the Lyonnais to eight lengths after a quarter of the season: a chasm!

While OL news is monopolized by the sale of the club to American billionaire John Textor, whose finalization expected on Friday has been postponed, Peter Bosz's team must negotiate as well as possible what is already shaping up to be a turning point. .

"It's a bad period for us, we are aware that we have to rectify the situation," admitted striker Alexandre Lacazette on the club's website. "We have to do better on the pitch. We have to be more effective in both areas."

Beware, however, of Lens, one of the teams in good shape: the Lensois are undefeated (5 wins, 3 draws) and can hope to get back on the podium if successful.

Kylian Mbappé at full speed: flashed at 36 km / h according to the Professional Football League (LFP), the Parisian striker is the player who has reached the highest running speed over the first eight days, ahead of Lorient's Terem Moffi (35 .6 km/h).

The 2018 world champion caused a lot of talk about him during the international break, between a short-lived standoff with the French Federation on the question of the image rights of the Blues and a resounding declaration on his lack of offensive "freedom" in the game. PSG.

Mbappé complained of being confined to a leading "pivot" role at PSG, while he claims to be able to "walk around" more on the front of the attack in the France team.

An observation shared by the Parisian coach Christophe Galtier, who recognizes that the attacker is "more padlocked" within the Parisian attack, but who pleads for a completely different "configuration", with different "profiles", within the attacking trio "MNM" (Messi, Neymar, Mbappé).

Anyway, these three seem in great shape when they receive Nice on Saturday (9:00 p.m.): already eight goals in L1 for Neymar, seven for Mbappé and four for Messi.

What worry the Nice, who remain on four defeats in six matches before going to the Park. Coach Lucien Favre has been maintained for the time being, captain Dante has called for "self-criticism", but the Aiglons (13th), very far from their objectives, must now react on the ground.

"It can happen in the career of all coaches. You have to accept, go above and keep moving forward," Favre philosophized Thursday.

With 19 points in eight games, or 2.3 points per game, Lorient is on a pace as a contender for Europe which has allowed them to reach the podium.

It's the best start to the season in the elite in the history of Les Merlus, who have the third best attack (17 goals) before the 9th day, behind the untouchable PSG (26 goals) and Montpellier (19 goals).

"I am happy with this start to the season. We will now have to hold on to the distance, that's another thing", nevertheless warned Lorient coach Régis Le Bris, who is discovering the elite with happiness this season.