- Marseille, victory while suffering -</p>The Igor Tudor version of OM is still struggling to give their full potential, but at least they have scored the points: 7 in three matches, enough to settle temporarily in the lead with Lens before the matches scheduled for Sunday, including the trip from Paris SG ( 6 pts) in Lille in the evening (8:45 p. 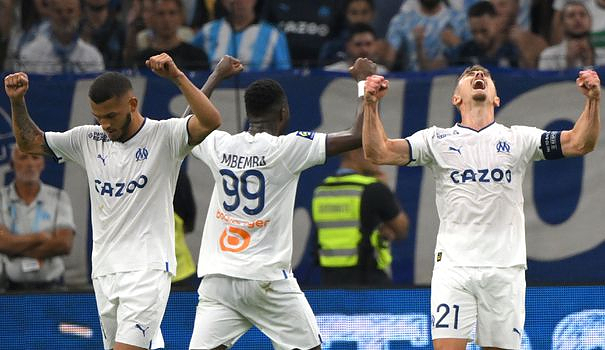 The Igor Tudor version of OM is still struggling to give their full potential, but at least they have scored the points: 7 in three matches, enough to settle temporarily in the lead with Lens before the matches scheduled for Sunday, including the trip from Paris SG ( 6 pts) in Lille in the evening (8:45 p.m.).

Long dominating and not free from fears, Marseille suffered at the Vélodrome: the Olympian club snatched victory thanks to an own goal by Nicolas Pallois (82nd), in a match where OM, reduced to ten at the end of the match , will have cruelly fished in the finish and was saved by a crucial save from his goalkeeper Pau Lopez (61st).

"It's a match where we weren't bored. There were a lot of emotions, like on a roller coaster," commented Tudor.

While the Marseille defender Chancel Mbemba had opened the scoring (70th), everything could have changed when the referee whistled the penalty and excluded Samuel Gigot, guilty of having surrounded a Nantes player. Ludovic Blas then equalized (78th).

But the Olympians, outnumbered, had the merit of regaining the advantage on a header from Luis Suarez deflected into the back of the net by Pallois.

The balance sheet is therefore mixed: in terms of accounts, Marseille's start to the season is more than honorable, but on the ground, Tudor is still struggling to apply its mark.

The Vélodrome has also maintained its distrust of the new coach, who again received heavy whistles, as on his debut against Reims (4-1).

In the Marseille yard, Alexis Sanchez is one of the great satisfactions of the evening: holder for the first time with OM, the Chilean rather floated despite his isolation alone at the top, while Dimitri Payet or Arkadiusz Milik were still substitutes at kickoff.

He could have benefited from a penalty for a very contentious tackle from behind from Andrei Girotto as he spun on goal (13th).

Promising for the future, while the Brazilian Gerson had to go out, hit in the leg, and the transfer window still promises to be lively until the closing on September 1...

Seventh in L1 over the last two seasons, Racing Club de Lens can aim higher: Franck Haise's team signed a controlled performance in Monaco on Saturday, which finished at ten after the exclusion of Vanderson (72nd).

The Lensois (7 pts) had a successful start to the season, with an attractive and multi-card game since four different players scored at the Louis-II stadium: Loïs Openda (7th), Deiver Machado (38th), Seko Fofana (55th on penalty) and Wesley Said (78th).

"It's good but we know that the season is long. It is through performances like these that we can dream," savored Saïd at the microphone of Amazon Prime Video.

Monaco (4 pts), for its part, is sinking into doubt after its elimination in the preliminary round of the Champions League against PSV Eindhoven (1-1, 3-2 a.p.) and before challenging Paris SG on Sunday August 28 during the next day.

What is worrying for the Monegasques is their difficulty in creating chances in the game. The reduction in the score of Benoît Badiashile (41st) from a corner certainly kept hope alive at the break, but Philippe Clement's team then sank.

"There was never a moment when we thought we could turn the game around and that's what saddens me a little," commented Badiashile, calling on his teammates to "raise their heads".