The trip to the promoted Ajaccien, 18th in L1, offers Lille the opportunity to reassure themselves after the nightmarish evening in their Pierre-Mauroy stadium last Sunday and a difficult start to the season. 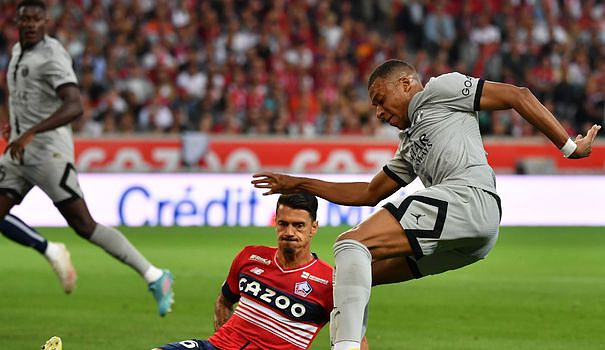 The trip to the promoted Ajaccien, 18th in L1, offers Lille the opportunity to reassure themselves after the nightmarish evening in their Pierre-Mauroy stadium last Sunday and a difficult start to the season.

Twelfth in the standings, Losc recorded only one victory against the promoted Auxerre (4-1), before a draw in Nantes (1-1). To make matters worse, the Mastiffs have had to manage in recent days the case of Mohamed Bayo, seen in the disco the day before the match and sent to the reserve team.

Runner-up to Paris SG with 7 points, RC Lens hosts Stade Rennes on Saturday (9:00 p.m.) and can confirm their good start to the season with two successes and a draw, including a big victory against Monaco (4-1).

At the other end of the classification, the red lantern Troyes (0pts) will try to unlock their counter of points and victories with the reception of Angers on Sunday (3:00 p.m.).

The Monegasques will have a lot to do on Sunday on the lawn of PSG, leader (9 pts) and the only club to have three victories. The Parisians were particularly impressive against Lille (7-1), including a hat-trick from Kylian Mbappé.

ASM, 11th in the Championship after finishing on the third step of the podium last season, made a mixed start in L1 (1 win, 1 draw, 1 loss) and is struggling to recover since its elimination from the Champions League by PSV Eindhoven, in the third preliminary round of qualifying.

The program of the 4th day of Ligue 1: