L1: before PSG-OM, Galtier on a volcano

Usually, the prospect of playing a PSG-OM can only make any player or technician salivate. 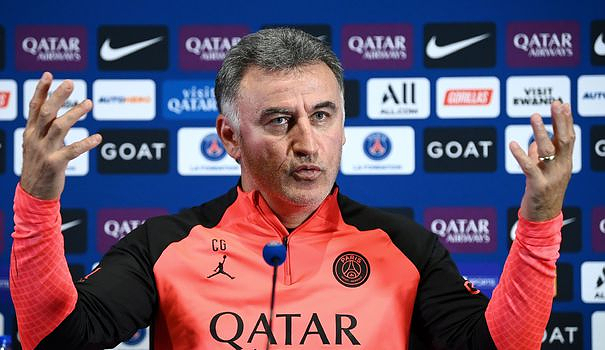 Usually, the prospect of playing a PSG-OM can only make any player or technician salivate. But since the succession of embarrassing revelations which hit the French champions head-on, this meeting now looks more like a very dangerous match on Sunday evening in Ligue 1 (8:45 p.m.).

How to prepare in the best conditions for this meeting so long awaited by the supporters when Mbappé, the player supposed to embody the club's project, plans to leave it as soon as possible?

The unprecedented crisis that Galtier and his team are experiencing is not specifically of a sporting nature. Despite three consecutive draws and a hardly flamboyant game, Paris remains undefeated in all competitions, at the top of Ligue 1 and its group in the Champions League, tied with Benfica.

It is especially behind the scenes that the club falters.

Despite these strong jolts, Galtier tries to stay straight in his boots. Listening to him, the cases revealed in recent days by several media (the Mbappé case, the establishment by PSG of a "digital army" to discredit personalities on Twitter) are only "rumors" and he has repeated Friday in a press conference not to have "pressure" on the shoulders. But his tension was easily perceptible.

"When you are the PSG coach, you are very exposed but this is very special, it's every day. I'm sure that when I go home tonight, there will still be something. It's very annoying and unpleasant not to talk about football and my job," he said.

"I realize that match after match, conference after conference, we talk about 1 minute 30 minutes of football over fifteen minutes. We are only on non-sporting matters and whatever I can tell you, you do not believe me , since you write the opposite of what I say", he also declared to the journalists, he who had already been targeted at the time of the controversy over the "land yacht", at the beginning of September , when his irony about the club's travel patterns went awry.

The context is all the more complicated to understand for Galtier as his arrival, replacing Mauricio Pochettino, took place in the wake of "football adviser" Luis Campos, himself appointed because of his closeness to the Mbappé family. .

In the event of a hasty departure of the player, or even of Campos, the question of the future of the coach, who initialed a two-year contract last July, would inevitably arise.

In the immediate future, Galtier walks on a tightrope and takes care not to offend anyone. On the subject of Mbappé, he assured Friday that he had not discussed with him his desires elsewhere while saying he was "proud and happy" to train the club of the capital.

"Did I speak with Kylian about the rumour? No. I saw Kylian very serious in his preparation, very invested. He had the best response when he was voted best man of the match" Tuesday against Benfica (1-1), he explained.

But Galtier must still pay attention to the good performance of a locker room now cracked by the Mbappé case while the team formed with Campos was precisely supposed to open a new chapter at PSG, centered on discipline and rigor after several seasons. of letting go. However, these beautiful concepts have just been swept away in the space of three days.

"When I tell you that things are going well, that the players get along, that they are serious, professional and united, nobody is interested and we write something else. I am not here to comment on rumours", he hammered.