"We managed four holds with my staff. 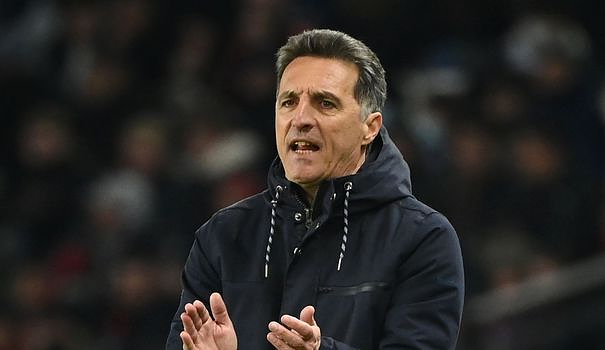 "We managed four holds with my staff. We know, and I told the players, that life in the locker room is essential. If it works well, we can pull off the hold, otherwise it's guaranteed failure" , he warned during his induction.

The 57-year-old technician who succeeded Jean-Marc Furlan, sacked on October 10 after bringing AJA back to the top flight last spring, inherited a team that has not won for eight matches (six defeats , two draws) and which points to 18th place with nine points, as much as Strasbourg, 16th and first non-relegation.

"When you go up from L2, it's because the season has been exceptional thanks to a very receptive group. You arrive in L1 and you lose three out of four matches. If you don't have a little perspective, it's difficult" , explains Pélissier who also has climbs in L1 to his credit, with Lorient in 2020 and Amiens in 2017 but also with Luzenac in National (2009) then in Ligue 2 (2014), accession refused for administrative reasons.

"We must not ignite with a victory, just as we must not turn into catastrophism after a defeat", he took care to recall. "The supporters are important. The total unity of the club is important. We see what happened in Bordeaux and Saint-Étienne last season".

It is not certain that there has been unity in recent months at AJA, which had snatched its accession to the play-offs against ASSE at the end of May, and which poorly prepared its return to L1 after ten years of purgatory.

Recruitment was particularly at the heart of the tensions between Jean-Marc Furlan and the management of the Icaunais club.

Can the AJA then catch up on the occasion of the January transfer window?

"To know how to improve the team, communication will be very important with the management. But after having analyzed the forces present. We have three matches and we will quickly see with the club if we can do something. But I am not not to stack the players. In my method, I prefer a tight group of sixteen to eighteen players stamped L1, plus the young people of the formation, "explained the new coach of AJA.

Against Ajaccio (19th, 8 pts), Auxerre must take points against a direct opponent in the race to maintain.

"We are first here to take points with our means at the moment. First of all, we have to be pragmatic. It's a starting point, we don't have too much time. I'm getting there, but the players have been there since the start of the season. We must not look too far for the moment, and I have never spoken to them about anything other than this match against Ajaccio", announced Pélissier, who was free after training for three seasons (2019-2022) FC Lorient which he contributed to the return to the elite (2020) then to the maintenance two years in a row (2021, 2022).

"There is no Furlan or Pélissier method. The players adapt, they are used to changing coaches", confided the former Lorient player who approaches his new mission "without apprehension but with a lot of determination" .