It's always easy to say that an accident has turned into a stroke of luck - especially if you didn't suffer from it yourself. 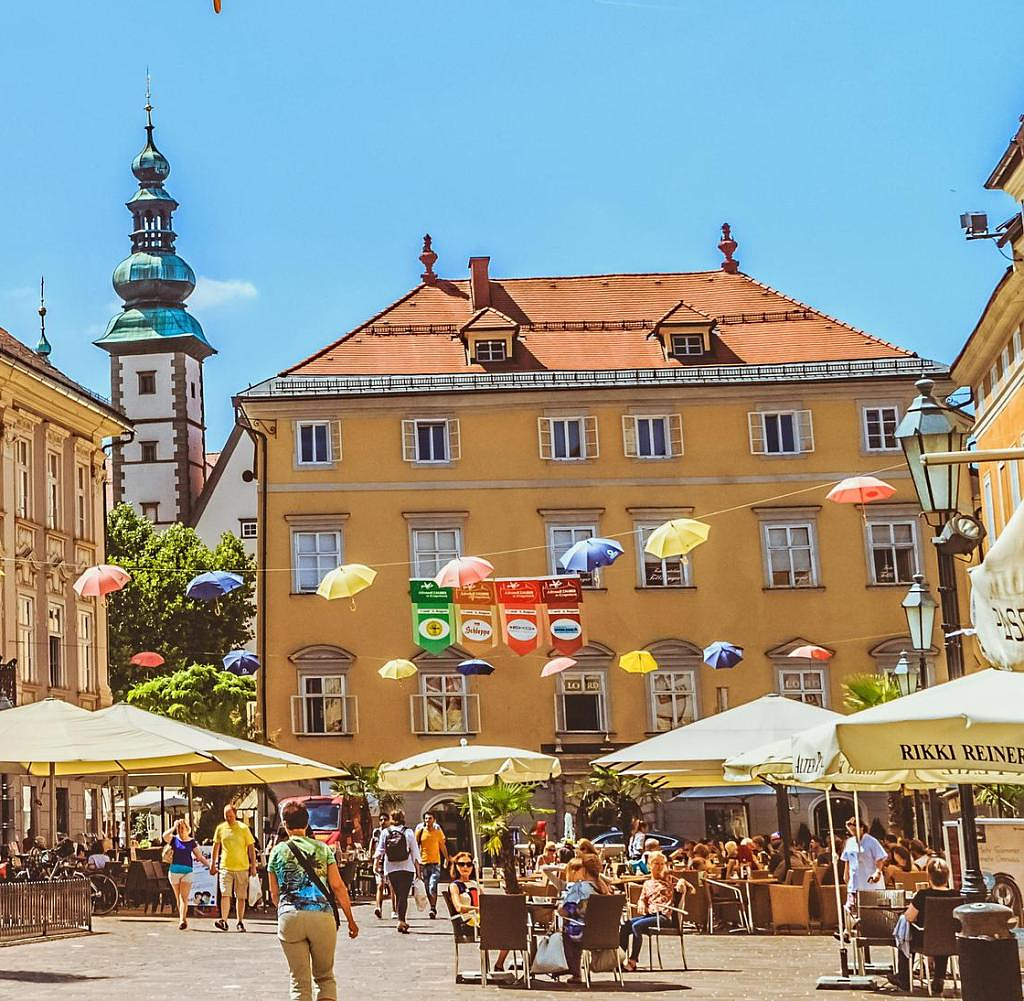 It's always easy to say that an accident has turned into a stroke of luck - especially if you didn't suffer from it yourself. In Klagenfurt it was a devastating fire in 1514 that gave the city a new start. Emperor Maximilian I wanted to save the cost of reconstruction and gave Klagenfurt into the hands of the Carinthian estates.

The new lords, churchmen and nobles, were stingy instead of stingy. They immediately hired the Italian master builder Domenico dell'Allio and had him design an ideal city in the Renaissance style.

But that's not the only reason why you feel almost like you're in Italy in Klagenfurt in southern Austria. The busy squares, the mild climate and the many open-air bars also have their share in this. "Lei losn" say the people of Klagenfurt, take it easy, so to speak the Carinthian counterpart to the Italian "Dolce Vita".

From Frankfurt am Main and Munich you can travel by EC or Railjet to Carinthia's state capital without changing trains and will be rewarded with Alpine panoramas on the way. In the entrance hall of the Klagenfurt train station you can see one of the most beautiful sights in the city: the wall frescoes by the artist Giselbert Hoke, which are reminiscent of Picasso.

When they were unveiled in 1956, some outraged residents of Klagenfurt demanded that the avant-garde work be removed – fortunately that didn't happen.

The best way to get around the city is on rental bikes, the provider Nextbike is the top dog. It's worth renting a bike, especially if you want to go to Lake Wörthersee: A beautiful cycle path leads from the city center along the Lend Canal to the "Carinthian Sea".

In addition to the Klagenfurt lido, one of the largest inland lake resorts in Europe, two other bathing oases tempt you to jump into the lake, after all one of the warmest alpine lakes with a water temperature of up to 27 degrees. The quieter lido Loretto right next to Maria Loretto Castle and the lido Maiernigg, which is particularly popular with families with its playgrounds and water sports. The bathing season runs until the end of September.

But you can also easily walk through the old town, the distances are not far. The most beautiful place there is the Benedictine market with its many stalls. Apricot jam, farmer's bread, fine schnapps and wines: the selection is large.

The most exciting restaurant in the city can also be found on Benediktinerplatz. Housed in a little market stall, it looks unspectacular. But what is served up in Christian Cabalier's "cooking workshop" has it all, such as chanterelle risotto with smoked curd crumbs or Carinthian pumpkin ravioli. The strict critics of "Gault-Millau" even awarded the Marktbeisl a toque.

The best view of Klagenfurt is from the Stadtpfarrturm, at a height of 45 metres. Inside, in the former apartment of the watchmen, you can learn a lot about their work and how they watched over the city from a bird's eye view.

You should definitely visit the museum in the Musil house. This tells not only about the life of the poet Robert Musil, who was born there, but also about the best-known Klagenfurter, the writer Ingeborg Bachmann. One of the most important literary prizes in the German-speaking world is named after her - although she hardly left a good hair about her hometown.

A visit to the Carinthian Museum of Modern Art should definitely be on the itinerary. Young art, mainly from the region, is shown in historic buildings.

A pretty, owner-managed hotel in the old town is "Der Sandwirth" (double rooms from 94 euros, sandwirth.at). The traditional inn has been looking after you since 1735. Definitely try: the legendary Sandwirth pudding, a hazelnut soufflé, like the Sachertorte from Klagenfurt.

Those who like to live right by the water can book in the futuristically designed "Seepark Wörthersee Resort" (double rooms from 89 euros, seeparkhotel.at). The hotel on the eastern shore of the lake has a large wellness area.

Nobody should leave Klagenfurt without having tasted Carinthian pasta at least once. The almost fist-sized donuts filled with potatoes and curd cheese are highly addictive - they taste very good in the historic "Gasthaus im Landhaushof".

It is relaxed in the "Hafenstadt", a mixture of coffee house, bar and gallery in shabby chic. Creative people meet there in the evening for a cocktail or a glass of Blauer Zweigelt, the atmosphere is casual. Nowhere else does the “leilosn” work better than here.

Participation in the trip was supported by Kärnten Werbung. You can find our standards of transparency and journalistic independence at axelspringer.com/de/Werte/downloads.

‹ ›
Keywords:
ÖsterreichLänderporträtsKärntenRegionenporträtsStädtereisenDolce VitaKunstKlagenfurtEuropaReiseWörthersee LorettoLandständeSeepark WörtherseeWörthersee PromenadeVeldenKäärntenStrandbad Maiernigg
Your comment has been forwarded to the administrator for approval.×
Warning! Will constitute a criminal offense, illegal, threatening, offensive, insulting and swearing, derogatory, defamatory, vulgar, pornographic, indecent, personality rights, damaging or similar nature in the nature of all kinds of financial content, legal, criminal and administrative responsibility for the content of the sender member / members are belong.
Related News