The curfew came into effect for the first time overnight from Monday to Tuesday, a resident told AFP on condition of anonymity. 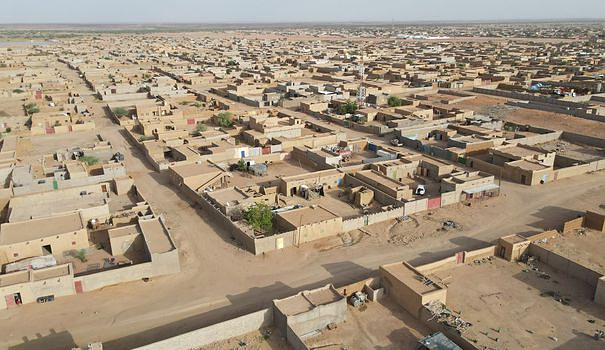 The curfew came into effect for the first time overnight from Monday to Tuesday, a resident told AFP on condition of anonymity. Two local officials contacted remotely confirmed the introduction of the measure.

The curfew from 9:00 p.m. to 5:00 a.m. (local and GMT) is part of a system aimed at meeting "current security needs" and detailed in an official document of this coalition, the Coordination of Azawad Movements (CMA) .

The document published this week is vague on the reasons for setting up this system, contenting itself with mentioning the arrival of displaced persons and the threat of the circulation of arms.

Kidal occupies a special place in Sahelian geography, politics and consciousness. It is a crucial stage between Mali and Algeria, more than 1,500 km and a 24-hour drive from the capital Bamako, hundreds of km from other major cities in the north, Gao and Timbuktu.

It is not the central state that governs it and brings order there, but the CMA, which fought the state after the outbreak of independence and Salafist insurgencies in 2012 before signing a peace agreement in 2015 The jihadists continue to fight the Malian army and have spread to central Mali and neighboring Burkina Faso and Niger.

Kidal's insubordination, a major issue of sovereignty, remains a source of irritation in Bamako, including for the junta now in power.

The Kidal region is relatively protected from violence. But further south, the sectors of Gao and Ménaka have been plagued for months by fighting between the army, armed groups, jihadists, with civilians in the middle.

Residents of Kidal told an AFP correspondent recently of their concern that the violence would spread to the region, where displaced populations are beginning to arrive.

"We want to avoid any surprises," a local official told an AFP correspondent on condition of anonymity.