Kevin Trapp to Manchester United? He doesn't deny it

According to information from "Bild" and "Kicker", Manchester United should offer national goalkeeper Kevin Trapp a four-year contract. 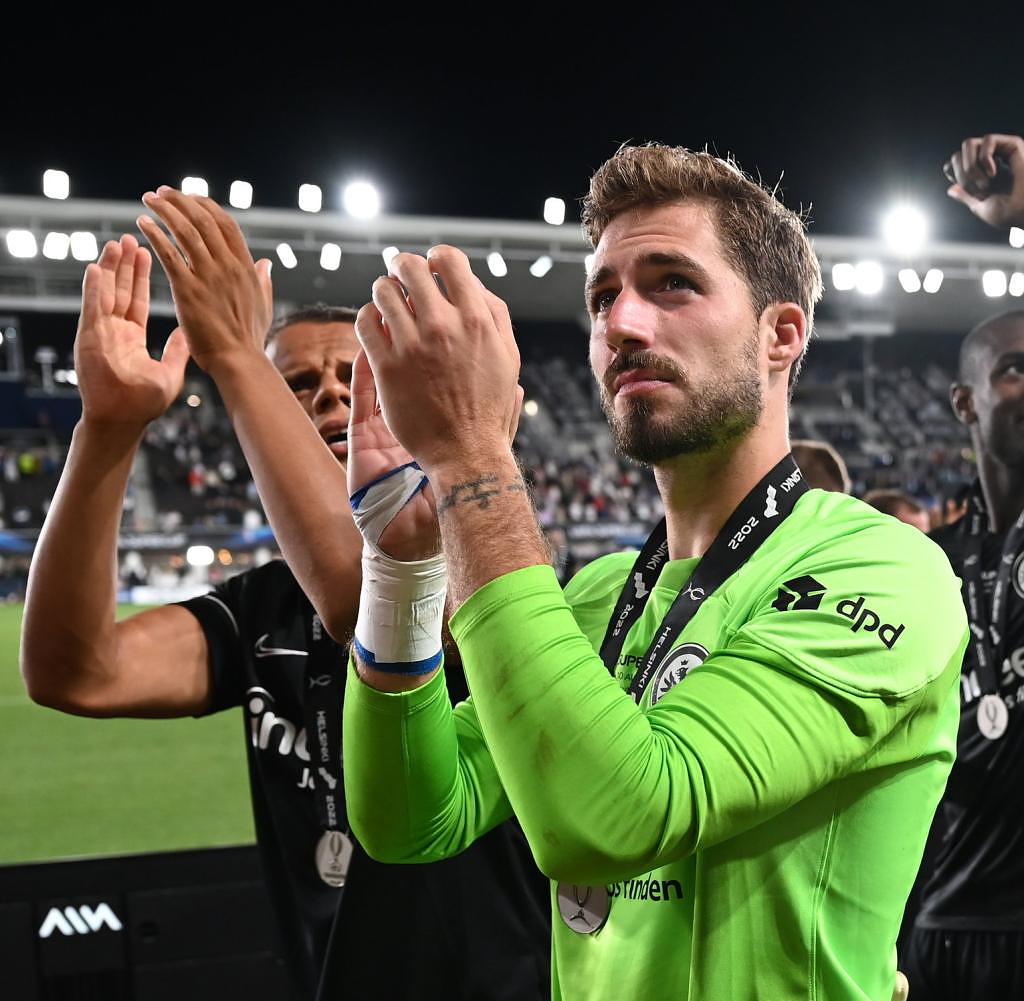 According to information from "Bild" and "Kicker", Manchester United should offer national goalkeeper Kevin Trapp a four-year contract. An offer should be received by the Hessians this Tuesday and be in the high single-digit million range. The regular keeper from Eintracht Frankfurt wanted to accept the offer, it said.

Manchester, who averted a complete false start in the Premier League 2-1 against Liverpool on Monday evening, want to strengthen their defense with the transfer of 32-year-old Trapp. That was "nice feedback," said Trapp on Monday evening at the "SportBild Award" in Hamburg, but he couldn't say more about it.

Trapp has a contract with the Europa League winner until June 30, 2024 and has not yet been considered a candidate for sale. "So far there has been no offer and no contact with United," said sports director Markus Krösche to "Bild" on Monday. Trainer Oliver Glasner, who was with Trapp at the gala in Hamburg, assumes that Trapp will remain. However, "everything is possible" until the transfer deadline on September 1st: "I'm not worried, but I haven't worried more than once - and then the player was gone. Like Filip Kostic.” Kostic moved to Juventus Turin.

Trapp, who was born in Saarland, already played for Paris Saint-Germain between 2015 and 2018, then returned to Eintracht. He knows his way around the international stage. With Eintracht he would appear in the Champions League after winning the Europa League this season. With the Red Devils it would only be the Europa League.

His competitor for the regular place would be the Spaniard David de Gea (31). Eintracht's former CEO, Heribert Bruchhagen, believes that Trapp "must follow the market, because Manchester is definitely paying more than Frankfurt".

Should Trapp really go, the Frankfurters would have to be active again on the transfer market. Because the substitutes Diant Ramaj (20) and Jens Grahl (33) could not replace the loss of quality.

‹ ›
Keywords:
Eintracht FrankfurtTrappKevinManchester UnitedHessenHamburgPremier LeagueSportBild AwardKevin TrappEuropa LeagueFussball
Your comment has been forwarded to the administrator for approval.×
Warning! Will constitute a criminal offense, illegal, threatening, offensive, insulting and swearing, derogatory, defamatory, vulgar, pornographic, indecent, personality rights, damaging or similar nature in the nature of all kinds of financial content, legal, criminal and administrative responsibility for the content of the sender member / members are belong.
Related News