Karting in Fresnes: Dupond-Moretti points to an "initiative of the prison director with the organizer"

"If I had known that a karting competition was organized, I would have put a very clear veto (. 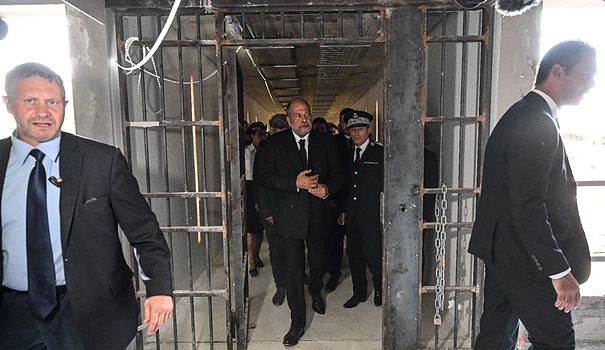 "If I had known that a karting competition was organized, I would have put a very clear veto (...) I was never informed", declared the Minister of Justice to the press, during a meeting. a visit to the Fleury-Mérogis prison (Essonne).

"I'm going to tell you something very simple: for me, prison is punishment and rehabilitation. In these images, there is neither punishment nor rehabilitation," he added, "prison , it must have a deterrent effect".

On July 27, an event called "Kohlanness", including karting, mime and tug-of-war events over a swimming pool, took place in a courtyard of the Fresnes prison (Val-de-France). -Marl).

The director of the establishment - which had 1,918 detainees for 1,336 places on July 1 - Jimmy Delliste, welcomed on Twitter a "moment of fraternal commitment for the benefit of three associations", thanking the organizers .

A video of these competitions, broadcast on Youtube on Friday and since removed, provoked the indignation of right and far-right figures and led to the launch of an administrative investigation by the Ministry of Justice.

"What the ministry knew was that there was a sports competition in which there was never any question of karting", continued the Keeper of the Seals, during a site visit by the former - center for minors in Fleury-Merogis (Essonne), which will accommodate 400 new adult prisoners by 2023.

"The minister does not know everything that is going on in detail, it is not his job, the directors have a personal initiative", insisted Eric Dupond-Moretti.

Many sporting or cultural events are regularly organized in prison. In Fresnes, one of the latest is a concert with the Radio France orchestra in which prisoners took part, in addition to football and basketball tournaments and plays.