Karting at Fresnes prison: the organizer recognizes "a controversial act"

Baptized "Kohlanness", this event, organized on July 27, bringing together detainees, guards and young people from Fresnes (Val-de-Marne), provoked the indignation of several right-wing and far-right personalities after the broadcast of a video Friday on social networks, in particular on YouTube, showing a go-kart race in the prison yard. 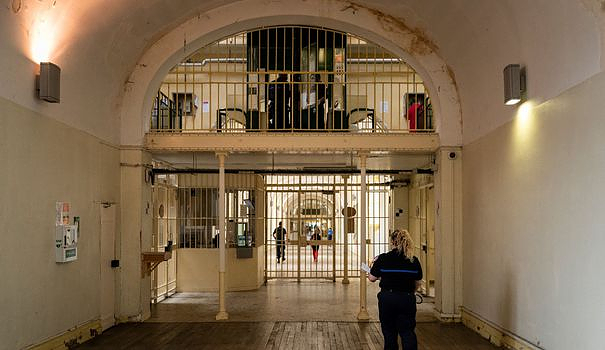 Baptized "Kohlanness", this event, organized on July 27, bringing together detainees, guards and young people from Fresnes (Val-de-Marne), provoked the indignation of several right-wing and far-right personalities after the broadcast of a video Friday on social networks, in particular on YouTube, showing a go-kart race in the prison yard.

Justice Minister Éric Dupond-Moretti announced on Twitter on Saturday that he had "ordered an administrative investigation" and denounced "shocking images". "The fight against recidivism goes through reintegration, but certainly not through karting!", Was offended the minister.

"Everything was in the rules. We did not expect that" from the Ministry of Justice, explained Enzo Angelo Santo, producer of "Kohlanness" assuring that the ministry had validated this demonstration.

"The goal was to show, for a moment, a moment of humanity between inmates, guards and young people from the neighborhood," he added. "We should not reduce our approach to karting", he insisted, specifying that "all the detainees" who participated in the show were "people able to reintegrate" and "in school" .

However, according to L'Opinion, one of the detainees who participated in the program "was sentenced to ten years' imprisonment for rape by the Val-de-Marne Assize Court in February 2021".

His criminal file, says the daily on its website, also mentions "many cases of theft including violence with a weapon, several judgments for drug trafficking. And an escape in 2018 when the condemned was placed under bracelet electronic mail. Not to mention various incidents in detention".

This 31-year-old detainee would have participated in the tug-of-war test, the daily specifies.

Called to react, the chancellery told AFP that "the investigation will provide the elements", without confirming or denying the daily information.

In a statement released Monday evening on social networks, the organizers said they had learned that one of the participants "had a heavy criminal record", despite conditions set upstream, they explain.

Considering that "the confidence" granted "to the penitentiary center of Fresnes as well as to the ministry of justice has been broken", the organizers indicated "to delete without delay" the video at the origin of the controversy.

Asked about BFMTV, the general controller of places of deprivation of liberty, Dominique Simonnot, denounced "a somewhat strange and pathetic controversy".

"There are other things that happen in prison: mountain biking, horse riding, climbing, football between inmates and guards, but these images are not public," she recalled.

"The scandal is not there, but in the prison overcrowding, and in particular in Fresnes, which is one of the most dilapidated establishments, stuffed with cockroaches, bedbugs, rats, and where life is dismal. For the detainees as for the guards", underlined Ms. Simonnot.