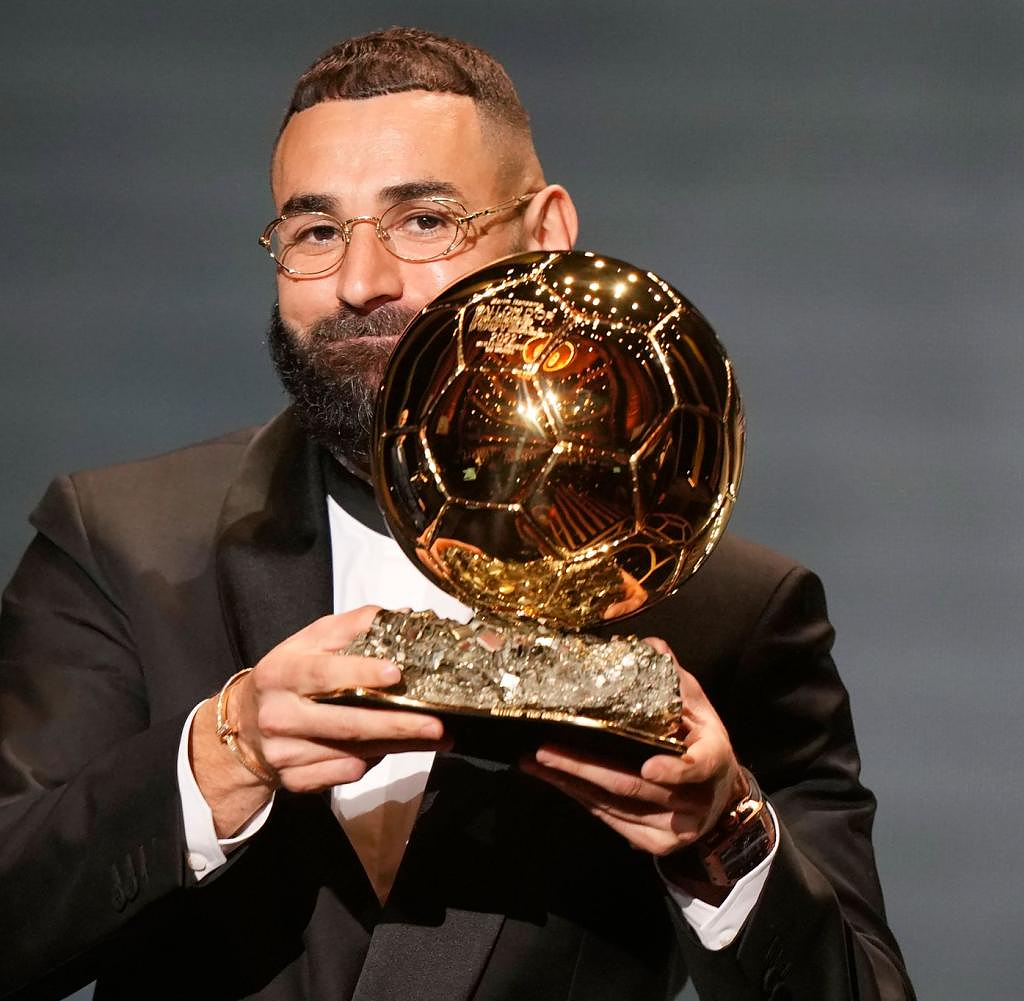 Wearing extravagant glasses and a fine black suit, Karim Benzema entered the stage of the Théâtre du Châtelet and, visibly moved, accepted the Golden Ball. As expected, the Real Madrid goalscorer was awarded the prestigious trophy. The number two, meanwhile, comes from Bayern again: Sadio Mané – last season with Liverpool in the premier class final – landed directly behind Benzema. Similar to Robert Lewandowski last year, whom many experts had seen as number one in a harshly criticized election instead of Lionel Messi.

This time there was no doubt about the winner because Benzema had played a super season. The Frenchman was Real's outstanding man on the way to the Champions League triumph. But Mané did not go away empty-handed. The Senegalese received the Socrates Award for his social commitment at home. Lewandowski, this time in fourth place behind Kevin De Bruyne, was also honored. As in the previous year, the Pole, who now plays for FC Barcelona, ​​received the Gerd Müller trophy for the best scorer.

"It was a childhood dream of mine. I grew up with this in my head. It motivated me because I had role models in my life like Zizou and Ronaldo," said Benzema. Fittingly, he also received the trophy from Zidane's hands.

In the women's category, Alexia Putellas from Spain again received the Golden Ball. The exceptional footballer is currently on a break due to a cruciate ligament tear that she sustained shortly before the European Championships in the summer. The two German internationals Lena Oberdorf and Alexandra Popp took fourth and sixth place.

The two Bundesliga youngsters Jamal Musiala from FC Bayern and Jude Bellingham from Borussia Dortmund, on the other hand, missed out on the award for the best U21 player. Although the two were among the five nominated players for the Kopa Award on Monday, they ended up taking third and fourth place. The award went to FC Barcelona's Gavi of Spain ahead of Real Madrid's Eduardo Camavinga of France.

Benzema had towered over Real's premier class triumph last season. The Frenchman scored ten of his 15 goals in the knockout stages, starting with the hat-trick in the round of 16 against Paris Saint-Germain. In the quarter-final second leg against Chelsea, the Frenchman secured progress with his goal in extra time. In the semi-finals, Manchester City again scored three goals with a penalty in extra time to reach the final.

The Ballon d'Or is not a substitute for the world footballer's choice. This election will continue to be organized by the world governing body FIFA. From 2010 to 2015, the world footballer was awarded the Golden Ball through a cooperation between FIFA and "France Football".

‹ ›
Keywords:
NewsteamBenzemaKarimManéSadio
Your comment has been forwarded to the administrator for approval.×
Warning! Will constitute a criminal offense, illegal, threatening, offensive, insulting and swearing, derogatory, defamatory, vulgar, pornographic, indecent, personality rights, damaging or similar nature in the nature of all kinds of financial content, legal, criminal and administrative responsibility for the content of the sender member / members are belong.
Related News