A 23-year-old has been sentenced to a long prison term for a brutal robbery in the home of an old man and his stepdaughter in Hamburg. 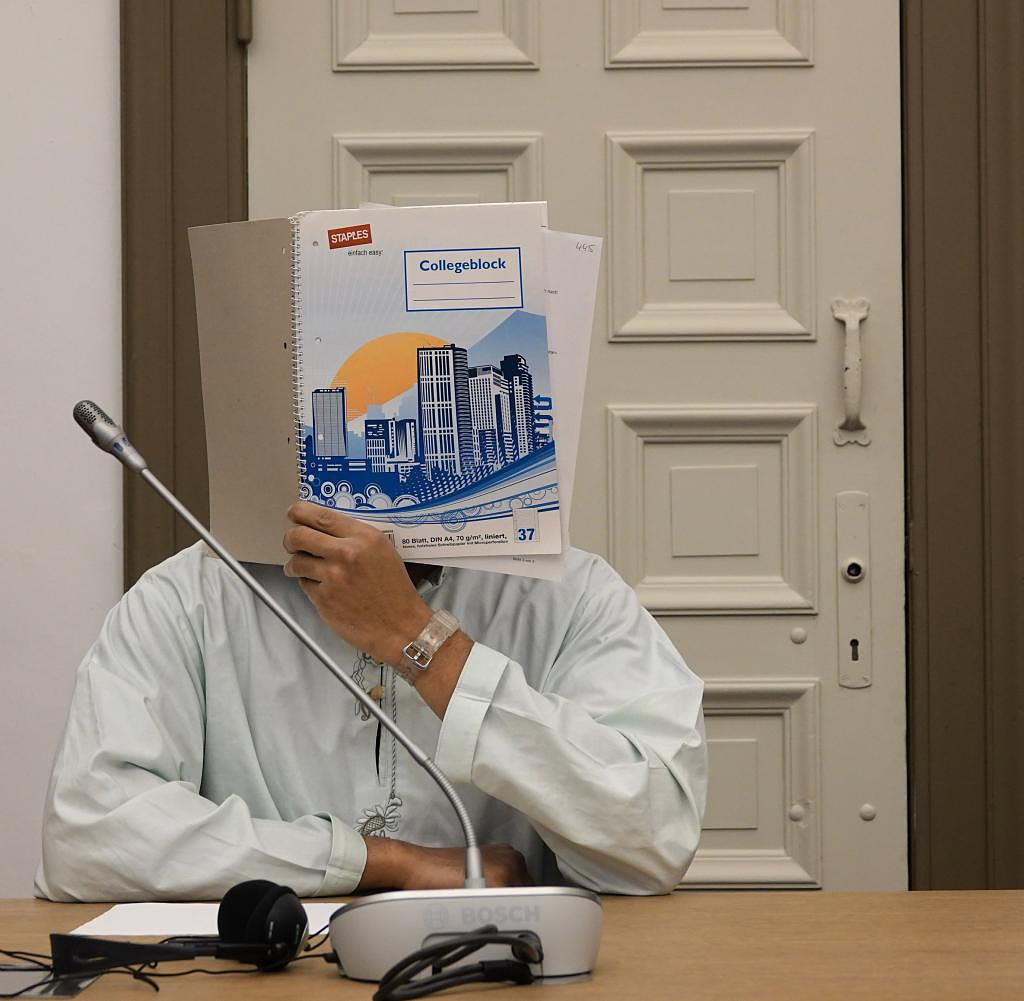 A 23-year-old has been sentenced to a long prison term for a brutal robbery in the home of an old man and his stepdaughter in Hamburg. The robbery "takes your breath away," said the presiding judge on Friday when the verdict was announced at the Hamburg Regional Court.

The "brutality shown" is "shocking" even for cases that are heard at the regional court. The accused and his previously unknown accomplice not only wanted to take his money away from the 78-year-old, but also humiliated him and his 33-year-old stepdaughter. "Ten years and nine months for the brutal robbery of an old man and his stepdaughter," the judge continued.

The German had not commented in court on the allegations of particularly serious robbery in combination with dangerous bodily harm. The criminal court was nevertheless convinced of the perpetrators. Numerous clues, such as mixed DNA traces on the stepdaughter's arm, the evaluation of the mobile phone and the content of tapped telephone calls, would have matched it.

During the robbery in mid-August 2021, the two men broke into the house, threatened the senior and his stepdaughter with a gun, knocked the man to the ground and brought both of them into the boiler room. There the man was hit on the head with a gun by the unknown accomplice and asked where the safe key was kept.

Because the senior couldn't remember at first, the accused's accomplice loudly counted the numbers down from 10 and pointed his gun at the man. A little later, in fear of death, he remembered the location of the key.

However, the robbers did not find the million they had hoped for in the safe, which they had mentioned in the conversation with the victim. Instead, there were only coins and money worth around 300 euros. Finally, the perpetrators grabbed valuables from the house, including smartphones and tablets, and fled.

The two victims were left tied with ties. They were later able to alert the police through a neighbor. The senior was taken to the hospital with a profusely bleeding head wound. Both victims are still suffering from the consequences of the robbery today.

The presiding judge also justified the high prison sentence with the criminal record of the 23-year-old. The accused was "convicted of robbery offenses" and was under supervision when the crime was inspected, which catapulted the range of punishment "up".

‹ ›
Keywords:
KriminalitätRaubüberfälle In WohnungenHamburgStieftochterKrimi
Your comment has been forwarded to the administrator for approval.×
Warning! Will constitute a criminal offense, illegal, threatening, offensive, insulting and swearing, derogatory, defamatory, vulgar, pornographic, indecent, personality rights, damaging or similar nature in the nature of all kinds of financial content, legal, criminal and administrative responsibility for the content of the sender member / members are belong.
Related News