Juan Miguel Redondo, Ubet presents the book "When the sirens weren't ours".

This Friday's presentation of the book 'When sirens weren't ours (The untold story of the Madrid firefighters in the thousand days of Civil War)' will take place at the Teatro 'Diego Martinez' of La Cultural. 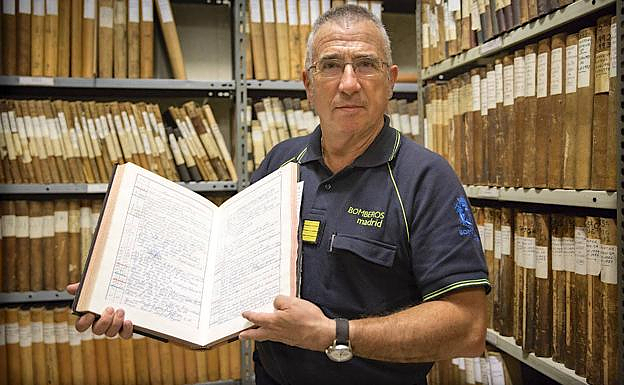 This Friday's presentation of the book 'When sirens weren't ours (The untold story of the Madrid firefighters in the thousand days of Civil War)' will take place at the Teatro 'Diego Martinez' of La Cultural. It will begin at 8 p.m. Juan Miguel Redondo, former chief inspector of Madrid's fire department, wrote this work. Rafael Marcos Braojos will introduce the act as head of Ubeda Fire Extinguishing Service. The entrance is free up to the maximum capacity.

The book tells the story of how the rebel army began to cause destruction and death in Madrid at 4:25 AM on November 7, 1936 and how hundreds upon hundreds of bombs fell on the city. The fire engines are sent out like lightning to respond to multiple warnings. Because the city is on fire, and the victims require the assistance of life specialists, the fire engines become a flash mob. The author begins by retracing the history of Madrid's firefighters during the Civil War. This creates an engaging story about people who sacrificed everything to honor their profession even in times when they were considered enemies of life and honor.

‹ ›
Keywords:
PresentacionLibroSirenasUbetenseJuanMiguelRedondo
Your comment has been forwarded to the administrator for approval.×
Warning! Will constitute a criminal offense, illegal, threatening, offensive, insulting and swearing, derogatory, defamatory, vulgar, pornographic, indecent, personality rights, damaging or similar nature in the nature of all kinds of financial content, legal, criminal and administrative responsibility for the content of the sender member / members are belong.
Related News