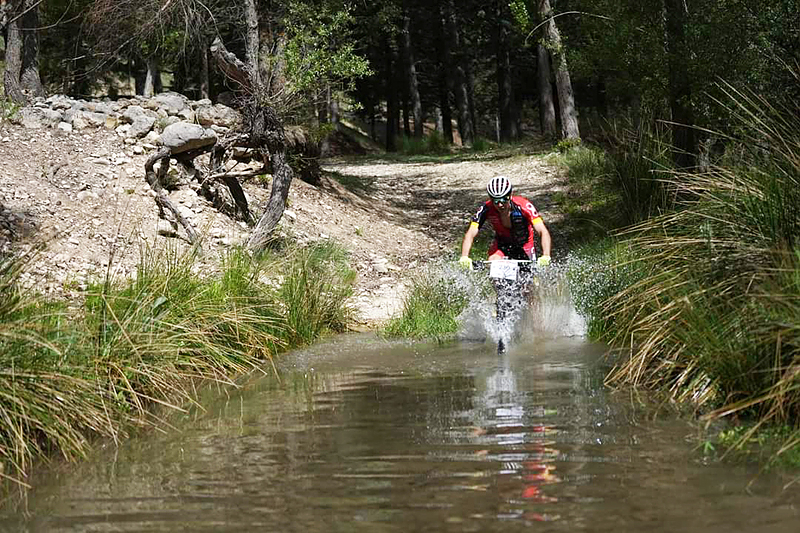 The VII edition of MTB Sagra Race was won by Monica Belda and Juan Luis Perez, bikers from Puebla de Don Fadrique. The male winner of the 67-kilometre race was 2:43:15, while the female winner was 3:44:50. Estefania Falla, who won the 46-kilometer race, crossed the finish line in 2:37:30. Jose Lopez Diaz stopped stopwatch at 1h 52: 34.

The VII edition of "MTB Sagra Race" was organized by the City Council of Puebla de Don Fadrique, the cycling club of that name, and has been held since its inception 9 years ago. This race is a mountain biking race with more participants and followers because of its unique characteristics. The number of participants this year has increased by 20% compared with last year. There were 430 runners from all parts of the peninsular southeast. The highest numbers came from the Region of Murcia, and the Province of Granada.

The race was successful without serious accidents, however, there were many punctures, falls and bike breaks due to the technical level of the race. It ran along tracks, firebreaks and rural roads in Poblato, specifically the Sierra de La Sagra slopes. This is an iconic environment that features beautiful landscapes created by the last rains.

Participants enjoyed a delicious meal after the race. The three highest-scoring participants in each category received their respective trophy and a batch segureno lamb and artisan sausages, both from Puebla de Don Fadrique.

Mariano Garcia Castillo (Mayor of Puebla de Don Fadrique) points out that the test has been a major sport claim in the municipality as demonstrated by the large participation of 430 riders. It promotes cycling and has been reported to be a popular tourist attraction with over 100 percent occupancy of all establishments, including bars, restaurants, hotels, and rural houses. This is a common occurrence in La Puebla when events are held.

‹ ›
Keywords:
JuanLuisPerezMonicaBeldaGanadoresSagraRace2022
Your comment has been forwarded to the administrator for approval.×
Warning! Will constitute a criminal offense, illegal, threatening, offensive, insulting and swearing, derogatory, defamatory, vulgar, pornographic, indecent, personality rights, damaging or similar nature in the nature of all kinds of financial content, legal, criminal and administrative responsibility for the content of the sender member / members are belong.
Related News