Juan Jose Rubino from La Zubia, representing Spain at the Crosstraining World Cup in Cairo (Egypt), was awarded the sixth place in the world. 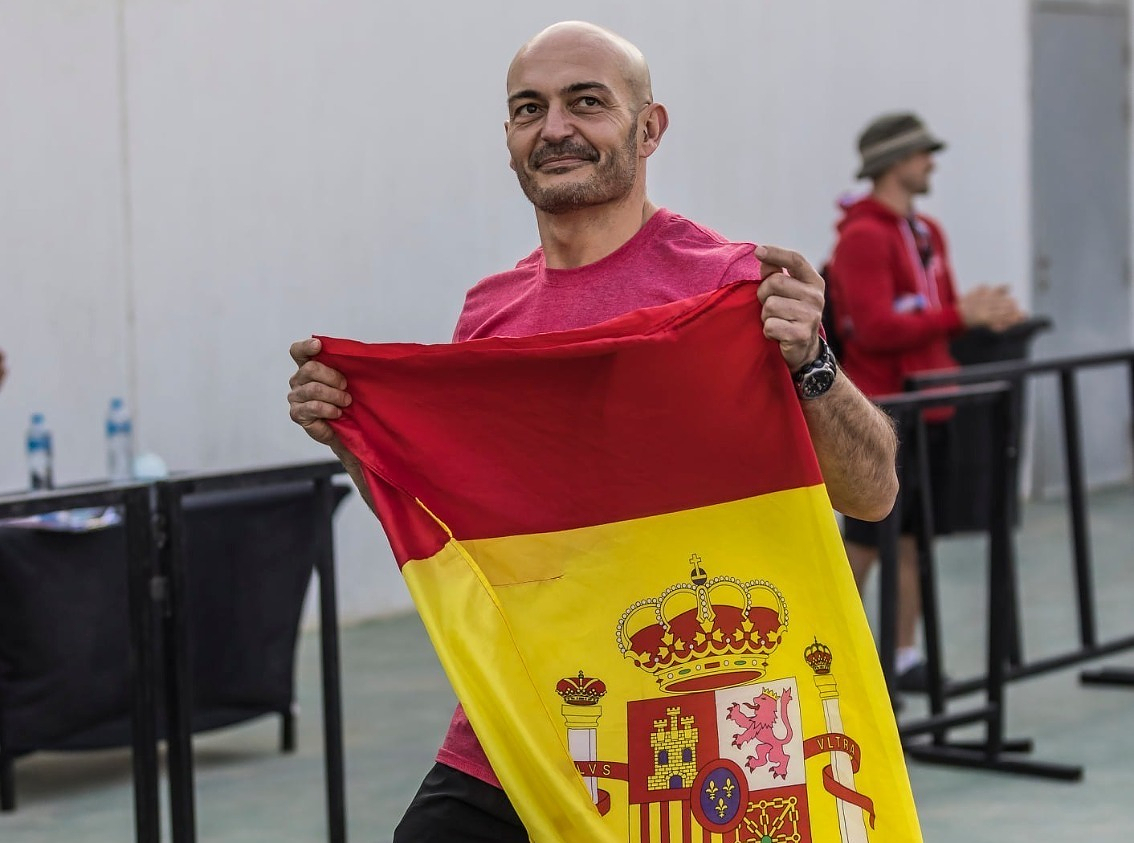 Juan Jose Rubino from La Zubia, representing Spain at the Crosstraining World Cup in Cairo (Egypt), was awarded the sixth place in the world. The Zubian athlete participated in the category of over 45 years in which Mijail Orlov (Russia) was declared the winner.

Rubino, a 48-year-old lawyer, is now able to compete in the IF3 Master World Championship 2021. This is the most important test in crosstraining after he was first in the SF3 2021 Spanish Championship.

The Zubia athlete, who had been trained in martial arts until he was diagnosed two herniated disks that required him to stay in bed for weeks at a time, decided to change that situation in 2007. His son was born. He started to get in shape again. He started training in a traditional gym and then he moved on to mountaineering and cycling. In 2014, he discovered cross-training at La Zubia, Box Pantera.

Puri Lopez, the mayor of La Zubia and Miriam Espinola the Councilor for Sports congratulated Juan Jose "for his outstanding role, sixth place in the world", which made them feel extremely proud.

‹ ›
Keywords:
DeportistaZubiaJuanJoseRubinoSextoMundialCrosstrainingEgipto
Your comment has been forwarded to the administrator for approval.×
Warning! Will constitute a criminal offense, illegal, threatening, offensive, insulting and swearing, derogatory, defamatory, vulgar, pornographic, indecent, personality rights, damaging or similar nature in the nature of all kinds of financial content, legal, criminal and administrative responsibility for the content of the sender member / members are belong.
Related News