Saray Cortes, Antonio de Veronica, La Macanita and Maita Vende Ca are the new additions of 'Cazorla Flamante', a festival that will be held in Jaen, the city that gave it its name, and which also this year features a Jose Merce performance. 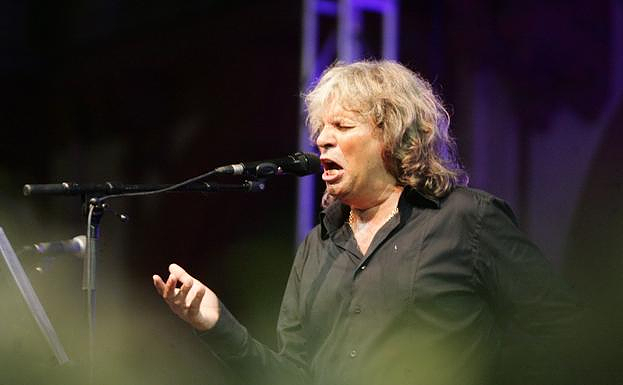 Saray Cortes, Antonio de Veronica, La Macanita and Maita Vende Ca are the new additions of 'Cazorla Flamante', a festival that will be held in Jaen, the city that gave it its name, and which also this year features a Jose Merce performance.

Finalizing details are being finalized for the program. It will include baile and cante performances that will take place on the weekend of August. The main stage of the program will be Santa Maria's ruins. "This edition emphasizes the consolidation of festival itself, for whom last year almost 8,000 people were allowed to pass, plus the audience of all performances," Nuria Serrano (Councilor for Culture of Cazorla) stated in a statement.

He also spoke out in support of the incorporation by Maita Vende Ca of the group, which "commemorates their twentieth anniversary" and is the performing act dedicated to the festival’s youngest audience, who are able to enjoy the new styles and trends of flamenco offered them by Antonio Cana (artist of the Project).

The councilor stated that this year, in order to attract more people to the concerts we have created a poster featuring artists who can play all styles of flamenco and who can mobilise audiences of all ages.

Serrano also highlighted the incorporation of "the dance duo that Antonio de Veronica will offer and Saray Cortes's will offer. This will add the final touch to the festival as well as the inclusion of La Macanita (a consecrated flamenco artist who will kick off the exit).

Serrano expressed concern about the quality of the performers and dancers in this edition. He stated that "all performances will be at the same level as previous years because Cazorla Flamenca is a national benchmark."

The Cazorla Flamenca Festival is held in Santa Maria's ruins. "The acoustics of the place are amazing and it has a special charm to host this type of open-air concert. This is something that was praised by previous editions of our festival."

The councilor also predicted that the number of tickets sold to each concert may surpass the edition. She has also supported the idea that August in Cazorla "is the month of tourism par excellence" and that a large part of these tourists can enjoy the culture and the musical experience.

Already established are the schedules for confirmed artists. The program will open with La Macanita on Sunday, August 5, followed by Jose Merce performing with his live show Sinfonico Merce' on Saturday, august 11; Maita Vende Ca on Wednesday, august 15; and finally, the concert by Saray Cortes and Antonio de Veronica on August 24. A new poster will be added to the programming in the coming days.

‹ ›
Keywords:
MaitaVendeMacanitaAntonioVeronicaSarayCortesNuevasIncorporacionesCazorlaFlamenca
Your comment has been forwarded to the administrator for approval.×
Warning! Will constitute a criminal offense, illegal, threatening, offensive, insulting and swearing, derogatory, defamatory, vulgar, pornographic, indecent, personality rights, damaging or similar nature in the nature of all kinds of financial content, legal, criminal and administrative responsibility for the content of the sender member / members are belong.
Related News