Joe Biden wants to establish "safeguards" during his meeting with Xi

The two leaders are due to have a long talk for the first time in their presidential roles Monday on the Indonesian island of Bali, on the eve of the G20 summit which brings together the world's largest economies. 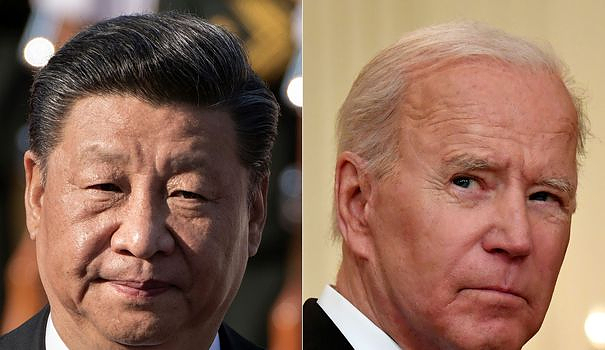 The two leaders are due to have a long talk for the first time in their presidential roles Monday on the Indonesian island of Bali, on the eve of the G20 summit which brings together the world's largest economies.

Over the past three years, the rivalry between Beijing and Washington has intensified as China has grown in power and assertiveness, challenging US leadership and geopolitics since the end of World War II.

Monday's meeting on the sidelines of the G20 smacks of the Cold War and Joe Biden spoke of the need to establish the "red lines" of the two countries to avoid tipping into conflict.

The two leaders have spoken by phone or video five times since Joe Biden entered the White House in 2021, but they have known each other since 2017.

High stakes hang over the interview to stabilize the relationship between Beijing and Washington, but expectations are relatively low.

In addition to China's refusal to condemn the Russian invasion, Washington and Beijing are at loggerheads over issues ranging from trade to human rights in China's Xinjiang region to the status of Taiwan.

Joe Biden notably wants to push Beijing to use his influence to moderate North Korea, which has just carried out a record series of missile launches, seeming to be preparing to conduct the 7th nuclear test in its history.

"The world expects" the two countries to work together on certain issues and "we, as a responsible nation, certainly believe that we must do so," the official continued.

But Xi Jinping is unlikely to be willing to be understanding. If Mr. Biden emerges stronger from the mid-term elections in the United States, the Chinese president is at the height of his power after obtaining a historic third term.

This meeting should set the tone for the summit, but if Ukraine is not on the official agenda, the war started by Russia and its consequences on the food and energy markets will be in the background of all the interviews.

The Russian president will be absent from the meeting.

Vladimir Putin has decided to be represented by his head of diplomacy Sergey Lavrov at the G20, officially for scheduling reasons. The trip was politically risky for the Kremlin leader, especially as his army is retreating into southern Ukraine.

In a statement, the Russian Foreign Ministry "rejected the politicization of the G20" and called on it to focus on the economic issues behind the creation of this format bringing together the major world economies rather than on the subjects security under Moscow's view of the UN.

At a minimum, Joe Biden and his allies want to get a clear message from the G20 to Vladimir Putin that a nuclear conflict is unacceptable. But even on this subject, the rapprochement between China and Russia could make a common message with Westerners unattainable.

"Ending Russia's war is a moral imperative and simply the best thing to do for the global economy," US Treasury Secretary Janet Yellen told reporters on the sidelines of a meeting with her counterpart. French Bruno Le Maire.

Host of the summit, Indonesia has already warned that one should not necessarily expect the traditional final joint communiqué that concludes this kind of meeting.

The summit will nevertheless give a rare opportunity to Western leaders, supporters of Ukraine, and to the countries of the South, many of whom refuse to condemn Moscow, to talk to each other.

And Ukrainian President Volodymyr Zelensky will be able to plead his case directly, speaking by videoconference.