After defeating the mandate of Jeronimo Salcedo, the Association of Entrepreneurs of the Tropical Coast AECOST members were summoned back to their headquarters last Friday to elect a president. 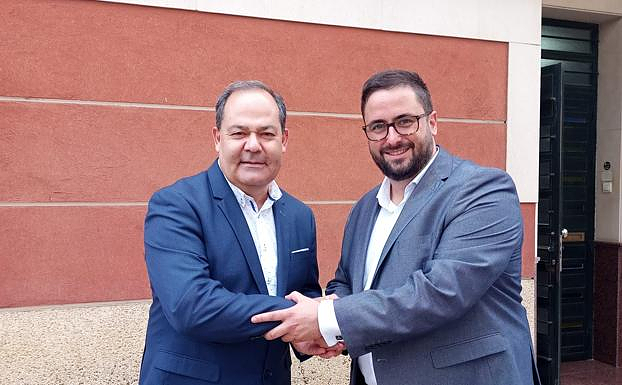 After defeating the mandate of Jeronimo Salcedo, the Association of Entrepreneurs of the Tropical Coast AECOST members were summoned back to their headquarters last Friday to elect a president.

Javier Rubino's candidacy, which was presented in this manner and convened to this end, was the only one. Yes, it was endorsed by ninety per cent of the business entity, and he received the placet for his investiture through popular acclamation.

Javier Rubino, an entrepreneur since a young age, started his business making 3D infographic models to help with real estate development and advertising graphics design. Later, he moved on to construction and real-estate development in the family business.

He was already a technician in business management at the International School of Management of Granada. The mortgage crisis forced him to reinvent himself. He is now Executive Director of HUB Place, a national and international logistics company. This company has been awarded the AJE 2022 Award, which recognizes the best entrepreneurial initiative in the province of Granada. It will also be eligible for the Andalusian equivalent award that will be presented at the end of the year.

Ambassador for the Costa Tropical of AJE's Association of Young Entrepreneurs of Granada AECOST, member of AECOST from 2017 and a member of the committee since 2020. Javier Rubino, a married father of two children has made a name for himself in the associative business struggles AECOST defends. He has done this side-by-side with the outgoing President. The new president will also hold a vice presidency in this new stage. For which he assures that he will continue to maintain the constant pulse of AECOST in his vigilant and claiming function in addition to adding a touch of dynamism.

This is how you can see the positive atmosphere and unity within this business group, whose primary mission it is to create the best conditions for the socioeconomic development of Costa Tropical.

The new President also assured that he would return with renewed strength to AECOST to continue leading the Platform for the Infrastructures of the Tropical Coast. This is despite the many years of hard work and dedication that the Costa Tropical society has put in to constructing key infrastructures like the Rules Dam channels, the protection of the coastline, or the railway.

AECOST, which is now over the age of majority, will be renewed to give way to the young businesses community, which ensures that the organization has the experience and participation of those younger than it.

More veteran entrepreneurs will be represented in the Board of Directors, which will be announced at an official presentation in the near-term.

‹ ›
Keywords:
JavierRubinoNuevoPresidenteAecost
Your comment has been forwarded to the administrator for approval.×
Warning! Will constitute a criminal offense, illegal, threatening, offensive, insulting and swearing, derogatory, defamatory, vulgar, pornographic, indecent, personality rights, damaging or similar nature in the nature of all kinds of financial content, legal, criminal and administrative responsibility for the content of the sender member / members are belong.
Related News