"There were flaws in the security plans and the risk assessment on which they were based, and the instructions on the ground were insufficient," Itaru Nakamura told reporters. 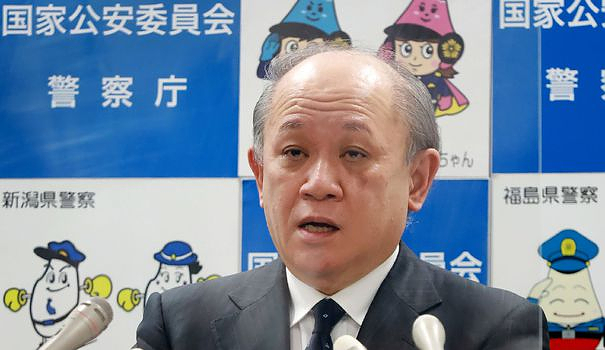 "There were flaws in the security plans and the risk assessment on which they were based, and the instructions on the ground were insufficient," Itaru Nakamura told reporters.

"I think the root of the problem has to do with the limitations of the current system, which has been in place for years, and in which the local police bear sole responsibility for security," he added.

Mr. Nakamura said he would take responsibility for these failures.

"We have decided to reorganize our team and start anew with regard to our security missions, and that is why I have offered my resignation," Nakamura explained.

The announcement was made during a police press conference detailing the findings of the investigation into the former prime minister's protection gaps.

Shinzo Abe died of his injuries after being targeted by gunfire on July 8 while delivering a short speech at an outdoor election rally in Nara (western Japan).

- The attack "could have been prevented" -

Tetsuya Yamagami, the suspect arrested at the scene, accused the former leader of his supposed links with the Unification Church, a religious group also nicknamed "Moon sect".

Mr. Yamagami's mother, who was a devotee of the Moon sect, allegedly ruined her home by donating 100 million yen (about $1 million at the time) to the organization in the 1990s, according to reports. About the suspect's uncle reported by Japanese media.

The suspect would, according to local media, undergo a psychiatric evaluation to determine his criminal responsibility at the time of the crime, on the basis of which prosecutors will decide whether to charge him or not.

Mr. Abe, who held the record for longevity as prime minister in Japan, was Japan's best-known politician, but the security measures in place during his meeting in Nara were weak.

The Nara police chief also announced his resignation on Thursday, in tears. The local police, responsible for Mr. Abe's on-site protection, had already recognized "undeniable" flaws in his security.

According to the national police report presented on Thursday, areas south of the podium on which Mr. Abe was standing were not properly guarded, leaving an access by which the shooter was able to approach close to him.

If security personnel had been placed there, "it is highly probable" that the attack "could have been prevented", concludes this report.

Mr Abe was shot twice with a homemade weapon, but the police report says officers at the scene did not immediately realize the first bang was from a gun, "which delayed their intervention to defend" the former Prime Minister.

It is "essential" to improve security skills, and the national police will "implement high-level training and exercises aimed at responding to emergency situations, in particular by helping officials to better discern the shots and to take immediate evacuation measures," Nakamura said.

The national police will now become more involved in the protection of personalities and will cooperate with the local police in intelligence, the report also recommends.

A private funeral for Mr. Abe was held shortly after his death at a Buddhist temple in Tokyo, and Japan will hold a national tribute in his honor on September 27 in Tokyo, to be attended by world leaders.

This ceremony will be held at the Nippon Budokan, a major venue for martial arts competitions, but also for concerts and official events.