After North Korea launched an unidentified ballistic missile, Japan on Tuesday issued a warning urging some of its residents to go to shelters. 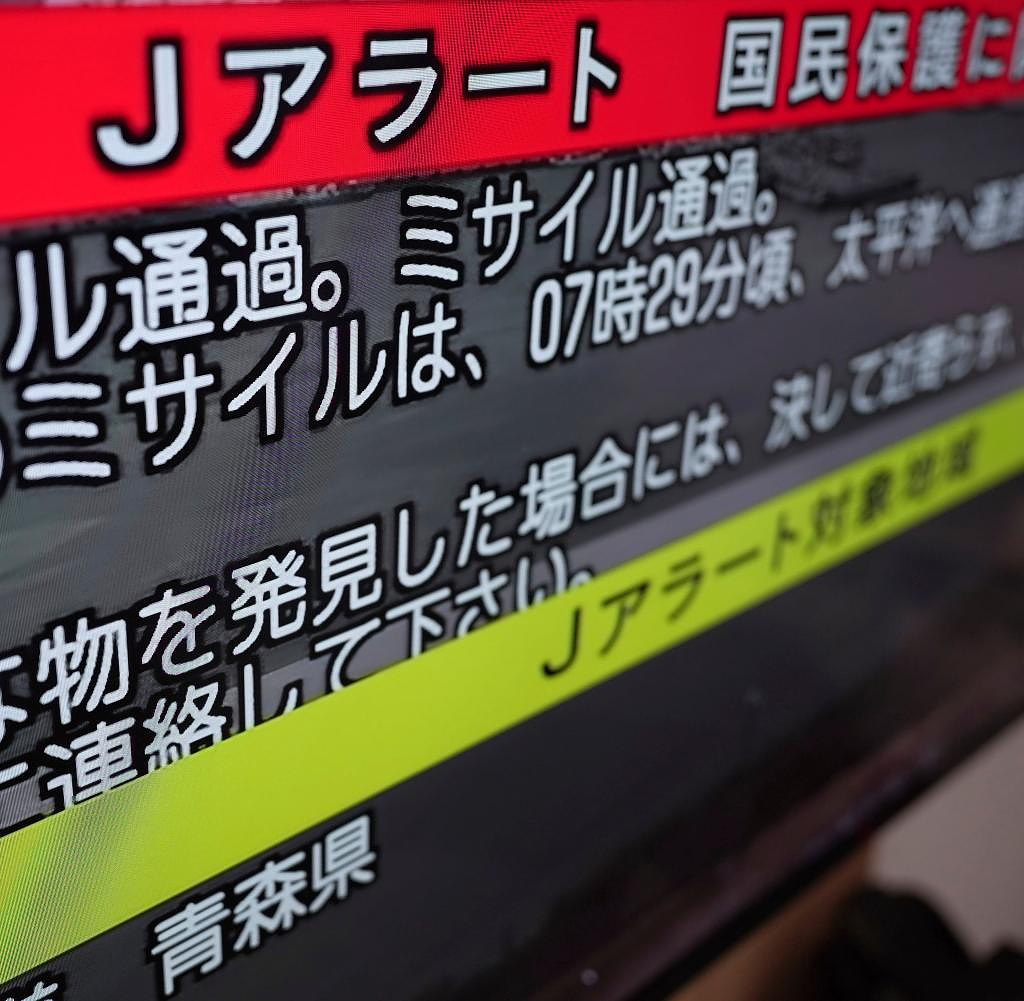 After North Korea launched an unidentified ballistic missile, Japan on Tuesday issued a warning urging some of its residents to go to shelters. “North Korea appears to have launched a missile. Please evacuate to buildings or basements," the government said in a warning released at 7:29 a.m. (12:29 a.m. CEST).

At 07:29 (00:29 CEST) the country's missile warning system was activated. The warning message was displayed on the screens of the state broadcaster NHK. NHK said the warning applied to two northern regions of the country where the missile was believed to be headed.

"A projectile that appears to be a North Korean ballistic missile is likely to have passed over Japan," the prime minister's office wrote on Twitter around 8 a.m. local time. The Japan Coast Guard said the missile appeared to have already landed in the sea and warned ships not to approach falling objects.

Most recently, North Korea had tested two ballistic missiles on Saturday - that was the fourth missile launch in a week. Japan recommended taking all possible precautionary measures, including contingency preparedness. Information should be collected and analyzed. The safety of aircraft, ships and other facilities must be guaranteed.

UN resolutions prohibit North Korea from testing ballistic missiles of any range, which, depending on the design, can also carry a nuclear warhead. Experts see North Korea's recent increased number of missile tests as a reaction to the recently held naval maneuvers by South Korean and US forces. The aircraft carrier USS Ronald Reagan also took part in the four-day naval exercises. It was the first deployment of a US aircraft carrier to South Korea in almost four years.

North Korea regularly accuses the United States of preparing an attack through its military maneuvers with South Korea - which both countries deny. Tensions in the region have risen sharply following a series of nuclear-capable missile tests by North Korea this year. The country is also reportedly preparing to launch a submarine ballistic missile and possibly its first nuclear test since 2017.

‹ ›
Keywords:
NewsteamNordkoreaJapan
Your comment has been forwarded to the administrator for approval.×
Warning! Will constitute a criminal offense, illegal, threatening, offensive, insulting and swearing, derogatory, defamatory, vulgar, pornographic, indecent, personality rights, damaging or similar nature in the nature of all kinds of financial content, legal, criminal and administrative responsibility for the content of the sender member / members are belong.
Related News