January 2015 attacks: life and 20 years' imprisonment required on appeal against the two defendants

The public prosecutor asked for the heaviest sentence, life imprisonment with a security period of 22 years, for Ali Riza Polat, accused of complicity in the crimes committed in January 2015 by Amedy Coulibaly and the Saïd brothers and Cherif Kouachi. 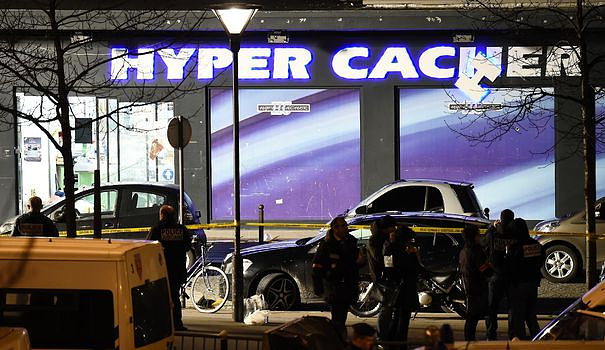 The public prosecutor asked for the heaviest sentence, life imprisonment with a security period of 22 years, for Ali Riza Polat, accused of complicity in the crimes committed in January 2015 by Amedy Coulibaly and the Saïd brothers and Cherif Kouachi.

Ali Riza Polat, sentenced at first instance in December 2020 to thirty years of criminal imprisonment, was "at the heart of the preparations for these monstrous killings", estimated Advocate General Manon Brignol, who underlined the "extreme dangerousness" of Franco- 37 year old Turkish.

"I ask you to protect us," she told the special assize court, asking for the maximum sentence against Mr. Polat, already demanded by the prosecution during the first trial.

Ali Riza Polat was Amedy Coulibaly's "right arm", with whom he was "omnipresent" and "until the last hour", and "provided decisive assistance to terrorists" both materially and in research and the supply of weapons, supported Ms. Brignol.

In the first part of a two-voice indictment, her colleague from the public prosecutor's office Delphine Thibierge requested at the end of the morning against the second accused, Amar Ramdani, a sentence of twenty years' imprisonment, accompanied by a period two-thirds security.

For the prosecution, despite his denials, Amar Ramdani, another close associate of Coulibaly, did provide the weapons which "used to kill" five of the seventeen victims of the attacks.

During three days of terror, from January 7 to 9, 2015, the Kouachi brothers and Amedy Coulibaly had targeted freedom of expression, the police and the Jewish community, during "coordinated" attacks although claimed by two separate organizations, Al-Qaeda in the Arabian Peninsula (Aqpa) and the Islamic State (IS).

Their murderous journey had ended with their death during a double police assault.

The titanic investigation and the debates, in first and second instance, did not make it possible to remove all the gray areas surrounding the circuit of weapons having found themselves in possession of the three jihadists.

The origin of the assault rifles used by the Kouachi to carry out their massacre in the premises of the satirical weekly Charlie Hebdo and to execute the policeman Ahmed Merabet as they fled could not be established.

Amedy Coulibaly's DNA had been discovered on one of the Kouachi's Kalashnikovs, which "suggests" for the prosecution that the future Hyper Cacher killer could have provided them.

According to the public prosecutor, Amedy Coulibaly "activated" two separate supply chains, one from Lille, notably through Amar Ramdani, the other Belgian, with the "very active" help of Ali Riza Pole.

In the absence of confessions and DNA traces linking the two men to the pistols and assault rifles, the charges are essentially based on the movements of the two accused in the north of France or in the region of Charleroi, revealed by the examination of their telephony.

At the end of the first trial, which resulted in the convictions of the eleven defendants present with sentences ranging from four years' imprisonment to thirty years' imprisonment, only Ali Riza Polat and Amar Ramdani, the most heavily sentenced, had calls.

Amar Ramdani is retried at 41 for criminal terrorist association.

Throughout the indictment, as he often did during the trial, the accused kept his head down in his box, giving the impression to the prosecution that he wanted "to forget that he brought major support" to Amedy Coulibaly.

The defense will speak on Wednesday.

The verdict is expected Thursday evening.