Jan Böhmermann's list of enemies and their own life 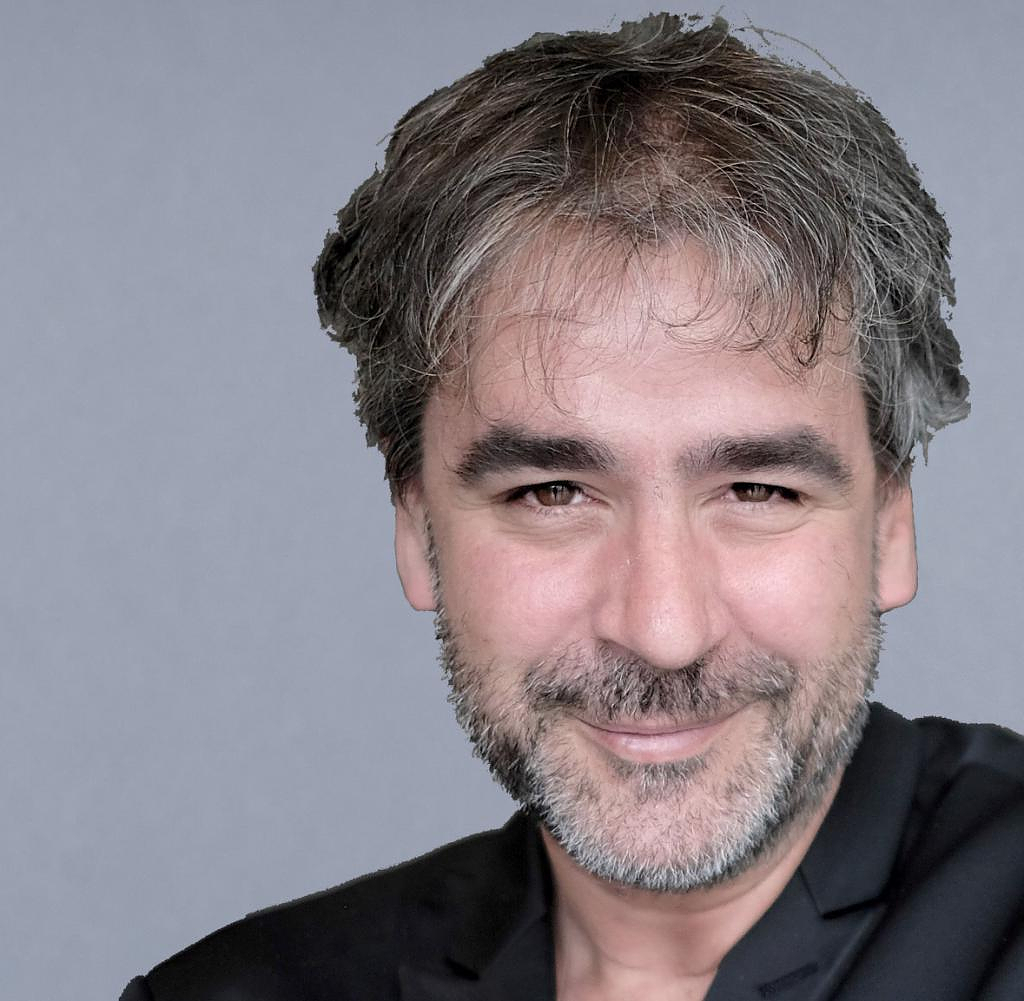 The satire lovers and cancel culture critics recently back in the role of the outraged, the recently outraged back in the role of the satire lovers and defenders of art freedom: Looks like a discourse swingers club, but it's just Twitter. This finding always applies, and because these things remain the same, a self-quote from – of course, Twitter – is permitted at this point. This finding also applies to the last issue of Jan Böhmermann's program "ZDF Magazin Royale" in the matter of "RAFDP".

On Friday afternoon, Böhmermann published a wanted poster in the style of the calls the Federal Criminal Police Office used in the 1970s and 1980s to look for actual and alleged members of the left-wing terrorist Red Army Faction. Shown instead of Andreas Baader, Ulrike Meinhof and Gudrun Ensslin: FDP politicians such as Christian Lindner, Wolfgang Kubicki and Alexander Graf Lambsdorff, Springer boss Mathias Döpfner and the WELT journalists Ulf Poschardt, Stefan Aust, Franca Lehfeldt, Dagmar Rosenfeld and Anna Schneider.

Then, in the evening of the show, the resolution: Böhmermann doesn't want to seriously brand those depicted as "market radicals" or "neoliberal" terrorists. Rather, he explains them with outrageous comparisons ("WeLT with a lowercase 'e', ​​written in lowercase like a typical letter of confession from the RAF") to "radical left-wing enemies of the state". The aim of the exercise: to convict the talk about a "climate RAF" for what it is: nonsense.

This one idea carries the moderator through the whole show. There is only a climax at the end, when Jan Böhmermann disguised as Rio Reiser and his band "Ton Scheine Erben" belt out a paraphrase of "Make it broken, what destroys you" - and at the same time the "United Front Song" by Bertolt Brecht and Kurt Weill , which already attached Ton Schein Scherben to their anthem ("Join the Millionaires' United Front").

The gag only unfolds its full effect with the previously published wanted poster, with which Böhmermann sets the height of the fall. Some of those pictured and other people do him the favor of delivering the desired outrage and increase the fall height further - from which Böhmermann then happily slams them to the ground in the program. Etsch, yourself RAF!

You may like it or not, in any case it is a success – and satire in the classic sense: showing what is wrong, bad and stupid through exaggeration, transference or slander. Here: the rubbish of a "Climate RAF" that announces itself in the form of the "Last Generation" with glue and mashed potatoes. It's also funny when, for example, CDU MP Matthias Hauer gets upset about Böhmermann's wanted poster (“tasteless, history-forgotten and wrong”), who himself had only recently warned of “a green RAF”.

At this point, it could be said that the grand masters of the shrill RAF comparisons are not to be found in the FDP, but in Bavaria with the CSU, where one can spot some kind of terror threat right away - unless it's real terror, which is happening right under their noses - and in a way that is questionable under the rule of law, has already prevented climate activists from being locked up in police custody.

One could also criticize that there was a lack of tact or artistry in the broadcast of a historical event that actually connected the RAF and Axel Springer: namely the attack on the Hamburg Springer high-rise building in May 1972, in which 17 people were injured - and for which even Ensslin and Baader practiced a kind of self-criticism in the Stammheim trial (by blaming the Meinhof attack). As it is, however, the equation of the RAF and Springer has something historically forgotten about it.

On the other hand, the RAF has long since become a pop-culture cipher that even Ulf Poschardt has already used – when, when asked by an interviewer, he somehow jokingly compared the WELT editorial team to the RAF ("Heinrich Böll would write about our editorial team: '6 against 60 million'".)

Of course, politicians, journalists and other public figures have to endure criticism and ridicule. And, of course, satire is not bound by the boundaries of taste. The problem with Böhmermann's "RAFDP" contribution lies elsewhere: in the program, the moderator only holds the wanted poster in front of the camera for a few seconds. But when Böhmermann shared the poster on Twitter in order to get the reactions he was hoping for, it took on a life of its own – as an enemy list.

This list is not meant to be deadly serious in every detail (among other things, a horse named "Tosca" is shown, which is said to belong to WELT publisher Stefan Aust). But so serious that it also includes journalists who have not made any explicit or indirect RAF analogies. And some are only listed because they are not liked by the Böhmermanns: the virologist Hendrik Streeck, for example, or the cabaret artist Dieter Nuhr. Detached from the context of the program, the poster is neither enlightenment nor satire. It convicts nobody, it exposes nothing. It marks enemies.

However, the criminalization of political opponents is a specialty of right-wing populists and right-wing extremists. "Lock them up," Donald Trump called out to his opponent Hillary Clinton during the election campaign. At demonstrations by Pegida or corona deniers, political opponents are often shown in wanted posters or convict suits. And since 1993, right-wing extremists in Hesse have made headlines nationwide with a 40-page brochure entitled “Der Insight”, in which they compiled the names and addresses of political opponents, from left-wing activists to CDU politicians, lists of enemies have been part of the regular repertoire the neo-nazis.

It was not for nothing that the Bundestag made the "dangerous dissemination of personal data" a punishable offense last year. The Federal Minister of Justice at the time, Christine Lambrecht (SPD), rightly stated that such lists were attempts at intimidation; Kassel's District President Walter Lübcke was also on an enemy list before he was murdered by a neo-Nazi.

That, too, is one of the parallels to right-wing extremist lists of enemies: in a culture-campaign manner, no distinction is made between politicians and journalists. In order to be relevant under criminal law, information that is not publicly available must be disseminated, which of course Böhmermann did not do. But his poster also has the character of an enemy list. And he should know that his fans understand it in the same way - including people who otherwise like to label every rude thing on Twitter as a badge of importance and interpret every bad word as "hate speech", but who are completely uninhibited, sometimes wallowing in violent fantasies, when it comes to political opponents who are perceived as enemies.

It's a pity that Böhmermann likes to provoke everything and everyone, except his own milieu, with whom he has never risked trouble. The fact that he recently took on public broadcasting for the first time and in a rather tormented program and prefers to work at Springer-Verlag - that's also a gift, especially since the house recently gave sufficient reasons for this.

But Böhmermann also found it strange that WELT had to advertise for subscribers. The “Spiegel”, the “Süddeutsche” or the “taz” must do the same, as must all private media companies, regardless of their political orientation and ownership structure. As an employee of public service broadcasters, making fun of other people's subscription campaigns is therefore not bad style, but also has something of Marie Antoinette ("If you don't have bread, you should eat cake"). Sometimes the reality is like this in the Marx proseminar: Being determines consciousness. Except that some employees of public service broadcasting don't notice their decadence and feel very progressive.

But, no, that's not a plea to stop the "ZDF Magazin Royale". Böhmermann has made a name for himself with this mixture of investigative journalism, satire and slapstick, for example when he published the NSU files of the Hessian Office for the Protection of the Constitution a few weeks ago, which the black-green state government would have preferred to keep under wraps for 120 years. As early as 2019, the Hessian constitutional court had ordered the state authorities to answer questions about the NSU files in connection with the Lübcke murderer. The plaintiffs at the time: the author Dirk Laabs and WELT publisher Stefan Aust.

The reality is not as anti-culture as it sometimes seems on Twitter. And what terrorism really is, Jan Böhmermann knows just as much as Stefan Aust. Actually.

Note: The author is a permanent employee of WELT. Last year he gave the laudation for the "ZDF Magazin Royale" at the award ceremony of the Hanns-Joachim-Friedrichs-Prize (category: "Special Prize").