It is probably the most famous and impressive image from the depths of space. 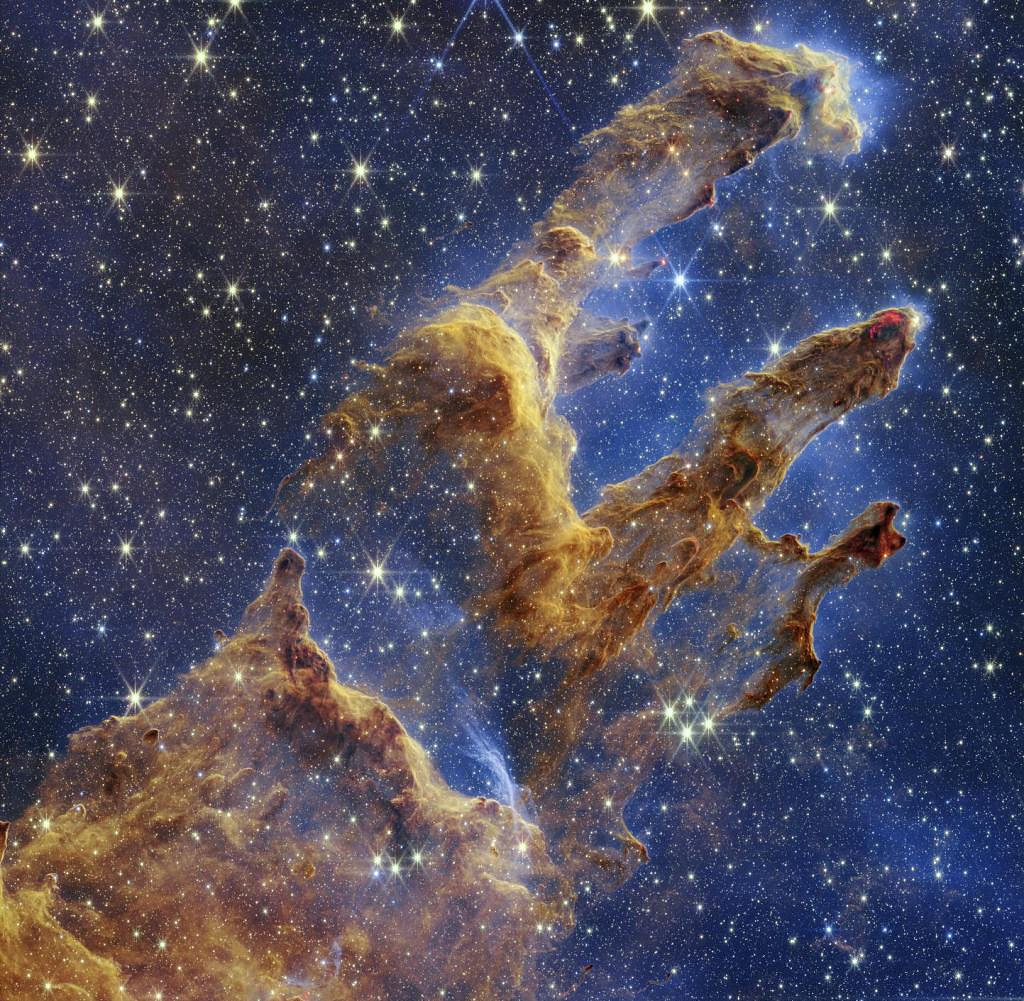 It is probably the most famous and impressive image from the depths of space. Dubbed the "Pillars of Creation," this constellation is indeed a cosmic region where new stars are being born in a cloud of dust and gas. The first snapshot was taken by the Hubble Space Telescope in 1995. It can be seen in the image below on the left. Now the new space telescope "James Webb" with its infrared eyes has radioed a picture of the majestic object to earth - see right.

It is even more brilliant than the "Hubble" recording. On the one hand, "James Webb" enables a higher resolution, on the other hand, the "Pillars of Creation" appear semi-transparent, because infrared light penetrates clouds of dust. “Hubble”, on the other hand, takes its photos at light wavelengths that are visible to the human eye. The "Webb" image was transposed in the computer from wavelengths in the infrared light range to optical wavelengths.

‹ ›
Keywords:
AstronomieAstrophysikJames Webb TeleskopTeleskopeWeltraumJames WebbRaumfahrtJamesWebbTeleskopInfrarotaugenWeltraumteleskop
Your comment has been forwarded to the administrator for approval.×
Warning! Will constitute a criminal offense, illegal, threatening, offensive, insulting and swearing, derogatory, defamatory, vulgar, pornographic, indecent, personality rights, damaging or similar nature in the nature of all kinds of financial content, legal, criminal and administrative responsibility for the content of the sender member / members are belong.
Related News