Italy: surprise growth of 0.5%, a boon for Giorgia Meloni

The legacy left by his predecessor Mario Draghi is greater than expected: between July and September, the gross domestic product (GDP) increased by 0. 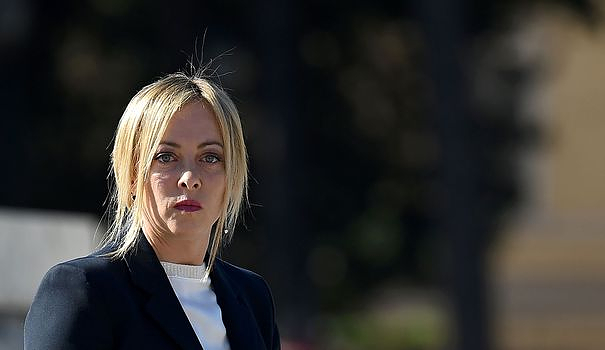 The legacy left by his predecessor Mario Draghi is greater than expected: between July and September, the gross domestic product (GDP) increased by 0.5% compared to the previous quarter, where the former government had forecast a " slight decline" in activity.

Italian growth is higher than the average for the euro zone (0.2%) and that of Germany, which unveiled Friday, against all expectations, a rise in GDP of 0.3%.

"This good news is undoubtedly due to a last burst of household consumption, especially in services such as tourism, and to robust investments," Nicola Nobile of Oxford Economics told AFP.

"But like other countries in the eurozone, Italy is expected to enter recession this winter amid rising interest rates and rising inflation," he said.

In any case, the surprise of the third quarter is timely for Giorgia Meloni, leader of the post-fascist party Fratelli d'Italia, who will have to complete her first budget in record time in order to submit it to the European Commission by the end of November.

Expected Thursday for a first visit to Brussels, where she will be received by the President of the Commission Ursula von der Leyen, she will have a lot to do to give pledges on her desire to curb the deficits while keeping the costly electoral promises of her coalition. .

Especially since this balancing act takes place in a global context of rising interest rates, record inflation, energy crisis and war in Ukraine.

The coming to power in Italy, the first beneficiary of the EU recovery plan, of Ms Meloni, a fervent supporter of Hungarian nationalist Prime Minister Viktor Orban, has raised serious concerns in Europe.

During the election campaign, she pledged not to blow up the budget of a country long undermined by weak growth and colossal debt.

If the Draghi government forecast a public deficit of 3.4% of GDP next year, Giorgia Meloni intends to set the bar higher: according to the Italian press, she is aiming for a deficit of 4.5%, or 21 billion euros. additional to be financed by debt.

A large part of the budget will be devoted to measures aimed at mitigating soaring energy prices for businesses and households, a top priority of the new government.

At the manoeuvre, the Minister of Economy Giancarlo Giorgetti, a former minister of Mr. Draghi and representative of the moderate wing of the League (extreme right) of Matteo Salvini, who should adopt a cautious approach and apply the electoral measures to small doses.

The new government "is committed to reducing" the country's deficits and public debt "over the next few years", he assured Monday.

Flagship measure of the coalition, the extension of a flat tax of 15% for auto-entrepreneurs with annual incomes of 100,000 euros instead of 65,000 currently, could be more limited at first.

Such a flat rate tax, contrary to the sacrosanct principle of progressiveness and very costly for public finances, could later be applied to other income.

Funds must also be released to allow a lowering of the retirement age which, in the absence of any new measure, would automatically increase from 64 to 67 in 2023, as provided for by a reform dating from 2011.

Matteo Salvini has already found the solution: according to him, it is enough to recover a billion euros "by suspending for six months the citizenship income (a minimum income for the poorest editor's note) to the 900,000 beneficiaries who are able to work and who have already been receiving it for 18 months".

But the last word will go to Giorgia Meloni.

For her, "the whole challenge will be to ensure the support of the League while partially neutralizing its leader who could make it difficult for the image of seriousness that it intends to display", commented Sofia Tozy, analyst at Crédit Agricole .