Italy: a dozen people wanted after a landslide on the island of Ischia

A wave of mud and debris caused by heavy rains devastated the small town of Casamicciola Terme, in the north of the island off Naples, on Saturday morning. 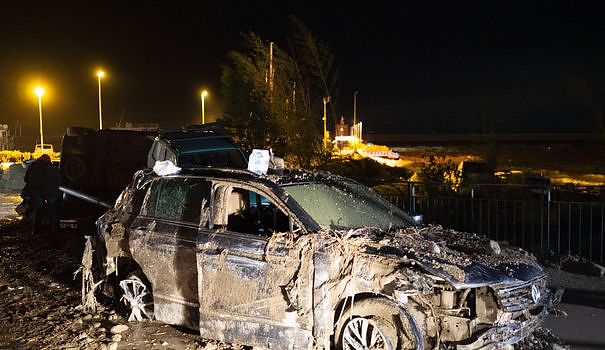 A wave of mud and debris caused by heavy rains devastated the small town of Casamicciola Terme, in the north of the island off Naples, on Saturday morning.

The body of a woman has been found by rescuers, announced Claudio Palomba, prefect of Naples. Identified, she was 31 years old, according to the AGI agency. The Italian press also mentions thirteen injured.

Some of those initially missing were eventually found safe and sound, including a family with a newborn baby, the prefect said. But there was no news of a dozen people in the middle of the afternoon, according to Mr. Palomba.

"We fear that there are other victims but, so far, the number (of victims) is (of a deceased person)", told AFP Luca Cari, spokesperson for the fire brigade.

Search operations were complicated by persistent rain and strong winds, which also delayed the delivery of reinforcements by ferry from the mainland.

The management of the disaster gave rise to a government hiccup: Mr. Piantedosi denied the assertions of his colleague, the Deputy Prime Minister and Minister of Infrastructure Matteo Salvini, who had given a balance sheet of eight dead. "At this precise moment, no death is confirmed," said Mr. Piantedosi, before the announcement of the death of the 30-year-old, while pointing out that the situation could still evolve.

The landslide sent torrents of mud through the streets which laid down trees and swept away and dented vehicles in them, sometimes to the sea. It also "buried a house" and two people were saved of a car that had been thrown into the sea, the fire department said.

At least 30 families are trapped in their homes by mud, without water or electricity, the ANSA news agency said, adding that the road leading to their neighborhood was cut off by the mudslide and by debris.

The emergency services had planned to evacuate 150 to 200 people before nightfall from Saturday to Sunday to temporary accommodation, and the local authorities called on the inhabitants of the island to stay at home, so as not to interfere with the operations of rescue.

"Rescue operations remain complicated because of the weather conditions", according to the civil protection department, but the search continued in the night thanks to searchlights.

Prime Minister Giorgia Meloni, who tweeted that she was keeping abreast of the search operations, is due to discuss the crisis with her cabinet in an extraordinary meeting on Sunday.

Casamicciola Terme, a spa resort of 8,000 inhabitants in winter on the lush island of Ischia, near Capri, suffered an earthquake in 2017 that killed two people. On the other hand, it had been completely destroyed by a much more powerful earthquake at the end of the 19th century.